Home InDepth Op-Eds The ‘December Dilemma’ – Bah! Humbug!
Share on Facebook
Tweet on Twitter
Joseph is the quintessential Jew in exile. Separated from his family ties and family values he has the opportunity to become an Egyptian. In one respect he does so with tremendous success. He eventually becomes the second most powerful man in Egypt who uses his connections to help his family survive.

Yet in another sense Joseph never quite fit in. He steadfastly maintained the lifestyle he had learned in his father’s house. He refused to engage in Egyptian idol worship. He had rejected the immoral advances of his master’s wife and was rewarded for his fidelity with a prison  term. Even when he became a hero to the Egyptians there were backroom whispers about his strange background.

Joseph taught us that you don’t succeed in a non-Jewish environment by throwing away your values and mimicking those around you. Rather you do what you know is right. If those around you accept you and respect you all the better. If they don’t so be it.

Once again we are confronted by the so-called December Dilemma. How do we as Jews respond to the ‘holiday spirit’ that surrounds us wherever we go? How should we as American Jews deal with a December holiday that occupies the hearts and minds of all around us?

In one respect it seems that the Christmas-Chanukah clash is no longer the problem it used to be. Most communities have found it politically correct to replace ‘Merry Christmas’ with a much more inclusive ‘Happy Holidays.’

They have theirs and we have ours. We too have the ability to ornament our homes with Chanukah decorations. Stores offer us the same abundance of toys for children of all agescomplete with appropriate Chanukah wrapping paper. We can now celebrate with pride! Our holiday is no different than theirs! They are two sides of the same coin. The dilemma is solved!

Isn’t that sad? Why does Chanukah’s chronological proximity to Christmas have to force us to try to duplicate it?

What is Chanukah all about? Everybody knows about the miracle of the oil. But we often tend to forget about the rest of the story.

Chanukah commemorates the liberation of the Temple in Jerusalem which had been controlled by Syrian-Greeks. The occupiers desecrated the Temple. Their goal was to Hellenize Judaism. They introduced Greek culture into the Temple and forced the Jews to make certain changes in their religion. They put up a statue of Zeus and sacrificed a pig on the altar.

Many Jews viewed the Syrian-Greek occupation as a benevolent dictatorship. After all the Hellenists really weren’t opposed to the Torah per se. Most of the Jewish practices were acceptable to the occupiers. They did object to the brutality of circumcision. Shabbat and the celebration of rosh chodesh were a bit antiquated for their taste. But everything else was okay. They just wanted to upgrade Judaism by inserting a bit of Greek culture. It wasn’t really an occupation; it was more like a renaissance an enlightenment.

A small group of kohanim (priests) organized an armed revolt against the large and powerful Greek army. The other miracle of Chanukah is that this outnumbered band of scholars miraculously managed to throw the bums out. 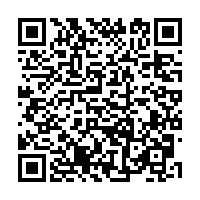