It’s no secret that the United Nations has a long history of hostility towards the State of Israel.  From the infamous “Zionism is Racism” proclamation to regular condemnations of the most democratic state in the region, it is rather simple – If you stand with Israel you oppose the UN’s treatment of the Jewish state.

The latest libel from the UN is expected soon in the form of a report into last year’s war in the Gaza Strip, a defensive war Israel was fought against Hamas, Operation Protective Edge. Israel’s government has called it a waste of time, with PM Benjamin Netanyahu noting that “Whoever wants a baseless, automatic accusation against Israel can waste their time reading the U.N report. As far as we are concerned, we will continue to protect our soldiers and they will continue to protect us.”


In support of this narrative, the High Level International Military Group, composed of 11 former chiefs of staff, generals and other senior American and European officials  conducted a fact-finding mission, and said: “None of us is aware of any army that takes such extensive measures as did the (Israeli military) last summer to protect the lives of the civilian population in such circumstances.” No matter what when it comes to the UN, Israel is to blame. That is not new news to anyone who cares about the Jewish State.

And due to the bias of the United Nations, Israel officially decided not to cooperate with the “investigating” commission.  The soon to be released report claims to document harsh violations of human rights and war crimes allegedly committed by the Israel Defense Forces (IDF), and are biased, one-sided reports, that falsify figures and findings and contradict Israel’s official policy.

And while the consensus in Israel is to not cooperate with the UN, several organizations funded by The New Israel Fund (NIF) – including Adalah, Physicians for Human Rights and Hamoked: Center for the Defense of the Individual – have submitted reports to the UN Human Rights Council, and even submitted reports to the HRC’s commission of inquiry into Israel conduct during Operation Protective Edge.

Other NIF-funded organizations – Breaking the Silence and B’Tselem – published well-publicized reports slandering the IDF’s conduct during Operation Protective Edge.  These reports contribute to the delegitimacy campaign against Israel, as the international community uses this false information to level harsh criticism against Israel.

Thus, for example, Fatou Bensouda, the head prosecutor at the International Crimes Court in The Hague (ICC), which is conducting a preliminary investigation into the events of Operation Protective Edge noted that her office will use Breaking the Silence’s report.

The NIF raises $30 Million annually from American Jewish donors – and works with organizations that call for boycotting Israel; malign the IDF and the State of Israel and encourage war crimes proceedings against IDF officers in European countries.  The five organizations names above have received $3,399,000 in grants from the NIF from 2010-2013.

Each of these organizations harmed Israel in various manners at the United Nations:

n  Adalah: Submitted documents to the UN Independent Commission of Inquiry on the 2014 Gaza Conflict on January 31, 2015. The report claimed that  “…Israel’s investigations into its 2014 Operation Protective Edge fall far short of the international standards of independence, impartiality, effectiveness, promptness and transparency… Israel’s current probes into Operation Protective Edge are likely to lead, as they did in the past, to a lack of criminal investigations.”

In this report Adalah criticized the Israeli Supreme Court and submitted a list of complaints against the IDF for the war crimes it is addressing. At the end of the report Adalah called on the UN commission of inquiry “to urge Israel to cease violating IHL and IHRL rules and norms.”

n  Physicians for Human Rights, Adalah and Al-Mezan  Submitted to: the UN Human Rights Council, and claimed that ” …numerous cases of torture, ill treatment and violations of international law were committed against detainees during Israel’s military offensive on Gaza in 2014…”, they continued, …”the Israeli military detained at least 19 Palestinians in Gaza and used them as human shields… there is also evidence to show that Israeli security forces carried out executions of Palestinian detainees during the military operation in Gaza, in violation of the laws of war…”

n  Hamoked: Submitted to: The United Nations Independent Commission of Inquiry on the 2014 Gaza Conflict on January 27, 2015. They claimed that “…the Israeli military arrested hundreds of Palestinians… the detainees were left without any contact with the outside world, vulnerable to ongoing violations of their rights, including the rights to due process, adequate holding conditions and the right to be free of torture and inhuman or degrading treatment.”

These reports these organizations issued harmed Israel tremendously worldwide.   Yet, it is in line with the mission of the New Israel Fund – As the Deputy Speaker of the Knesset Yoni Chetboun said, “The main goal of the NIF is to undermine the Israeli Army, by knowingly financing left-wing Israeli groups that try to get young Israeli soldiers prosecuted for war crimes.”

The following are a few more examples from the organizations’ reports:

“…the incidents recorded in Gaza during this armed conflict are suggestive of several serious violations of human rights and international humanitarian law.”

“…each of the above findings requires further investigation by the international human rights community.” “The attacks were characterized by heavy and unpredictable bombardments of civilian neighborhoods in a manner that failed to discriminate between legitimate targets and protected populations… Such indiscriminate attacks… must have entailed approval from top-level decision-makers in the Israeli military and/or government. ‘…the reported conduct … is indicative of additional serious violations of international human rights and humanitarian law. The incidents recorded … are in general indicative of several violations of human rights and international humanitarian law… from heavy bombardments of civilian neighbourhoods… and finally to abuse and ill-treatment during occupation of residential buildings, including the use of civilians as human shields and practices that could amount to Cruel, Inhuman or Degrading Treatment …”

The following are a few more examples from the organizations’ reports:

n  Breaking the Silence: “The guiding military principle of “minimum risk to our forces, even at the cost of harming innocent civilians,” alongside efforts to deter and intimidate the Palestinians, led to massive and unprecedented harm to the population and the civilian infrastructure in the Gaza Strip. The IDF’s military doctrine during the operation, as reflected by the testimonies, raises questions regarding the ethical norms that guide IDF conduct in general, and throughout the operations in Gaza, in particular.”

n  B’Tselem: “An examination of dozens of cases in which the military attacked houses that collapsed with their occupants still inside… indicates that at least in some cases the military’s actions ran contrary to IHL …”  They claimed that: “…Prime Minister Benjamin Netanyahu said, ‘Security forces are doing everything in their power to avoid harming civilians and if innocents are hurt, it is because Hamas deliberately hides behind Palestinian civilians’…Statements like these have been made in the past, both after Operation Cast Lead in January 2009 and after Operation Pillar of Defense in November 2012. They were wrong then and they are wrong now.”

In May 2015 it was reported that the Special Representative of the UN Secretary-General for Children and Armed Conflict recommends including the Israel Defense Forces in the Black List of countries and bodies accused of systematically compromising the welfare of children – alongside Al-Qaeda, Boko Haram, Islamic State, the Taliban and  others. The British newspaper The Guardian also reported that the organizations pressuring for the inclusion of the IDF in the above black list include B’Tselem, another organization financed by the NIF.

These reports will damage Israel – and they bear the fingerprint of Israeli human rights organizations financed, among others, by the New Israel Fund.

It is painfully clear that the New Israel Fund grants money to organizations who defame the Israel Defense Forces (IDF) worldwide in an attempt to delegitimize Israel in the eyes of the world.

Donors to the New Israel Fund must express their objections in the strongest possible terms by halting all donations to NIF immediately. 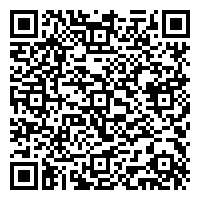