More than 1.5 million have fled Syria, 4 million more are displaced within other nations, meaning 30% of the Syrian people have left their homes. Just to give an example, Reyhanli, one of the Turkish border towns in the southern province of Hatay, where 51 people were killed by twin car bombs on May 11, has a population of 90,000—50,000 of which are Syrian refugees. Some 400,000 Syrians are now living in Turkey, nearly half of them sheltered in camps with poor conditions.

Of course they are more than welcome to Turkey; our doors are wide open to anyone seeking shelter in our land, but this is obviously not a solution to the suffering of 8.3 million people who are in need – not to mention the rest of the Syrians who are also living in fear – nor does it stop the ongoing bloodbath of the Assad regime.

Most of the victims are civilians.

UN top Middle East envoy Robert Serry is saying there are mounting reports of chemical weapons being used in Syria, and Israel has taken a few solitary, bold actions to eliminate these weapons while the world was still pondering what to do. Provided that there is zero human loss, I advocate that the production and storage facilities of chemical weapons and artillery ammunition be eliminated. As long as it spares human lives meticulously and guarantees that no living beings are affected, Israel’s action to stop lethal weapons from being used is a reasonable move.

On the other side, fighters from Hezbollah—which has been a staunch ally of Syrian President Bashar al-Assad—have joined the battle on Qusayr, a settlement near the border with Lebanon. Because of the town’s strategic importance – since this residential area connects the capital Damascus to the coast – the Hezbollah-backed Assad regime does not want to give up this rebel stronghold in the central province of Homs and continue to kill more people to recapture the city.

While the spirit of protecting human lives is pressuring the conscience of every human being to interfere with the intention of stopping the bloodshed, some writers overseas either secretly support this situation in one sense, or embrace indifference, as long as they are not personally affected. I find this very unbecoming.

One of the Middle East experts that has disappointed me was Daniel Pipes, who has suggested overlooking the bloodbath in Syria and allowing both sides to destroy each other. In a TV interview, he restated his policy, suggesting that the West should back Assad, and keep Syrians killing each other. While he admits that his is not a humanitarian perspective, and offers this as a strategic view, we should remember that these are human beings we are discussing. I am against militant fundamentalism just like Daniel Pipes, and I am also against the communist Ba’ath regime; however, while innocent people are being killed on a daily basis, saying “Let us leave them to fight one another” is wholly unacceptable, standing in violation of both conscience and common sense.

Considering this bloodshed, it is obvious that there needs to be an intervention in Syria. However, what matters is to ensure that there will be no loss of life. Syria has a very complex and intricate structure; thus, any intervention needs to be well planned. First of all, an embargo—starting with air and trade sanctions—can be imposed. Second, world public opinion needs to be stirred up. They will be unable to withstand the pressure if the entire international public is fixed on them. We therefore need to establish a major shift in public opinion.

In addition, since the most dangerous aspect of Syria is its airforce, runways must be made unserviceable. Once it has been guaranteed there will be no loss of life, air bases should be bombarded, so that the air force is immobilized. But I would like to reemphasize: it is essential that nobody be caught up in these interventions; it must be established that the area under attack is empty.

Additionally, a game-changing force would develop from an alliance between Turkey and Israel, and that alliance will make the current Syrian regime tremble in their boots.

However, Assad must not be made to panic. It might prove dangerous if he is under the false impression that he is about to be killed. He must be treated kindly and made to feel that the aim is to save his life and his family. Since Assad is, in a way, seeking shelter behind Russia, Putin thinks he needs to protect him at any cost. An agreement can be reached between Russia, the USA, Turkey and the opposition parties: they can promise that Assad’s safety will be guaranteed, and that nothing will befall his wife and children. Since the opposition forces killed Qaddafi in a horribly humiliating way, guarantees need to be given that his honor will not be compromised, no matter what.

And as soon as we stop the shedding of blood in Syria, there must be peaceful elections accompanied by international observers. Bashar Assad should be a candidate if he wishes, and if he wins the elections, he can stay on. If the opposition is elected to govern, then they should be the ones ruling, or there can be some kind of coalition between Assad and the opposition parties. But the Syrian regime as it now stands is a dictatorship, and there must be legitimate and certified elections that will reflect the will of the Syrian people. Only in that way can a lasting and just peace come to Syria. 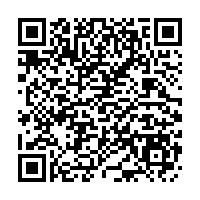