Since unmarked soldiers first appeared on Ukrainian soil it was clear that the main story of the Ukrainian-Russian conflict was going to be about identity.

While reporters knew that these were likely Russian soldiers taking up strategic positions inside Ukraine, since they didn’t come waving Russian flags (or the like), the reports were inconclusive. Whereas common sense may win out for readers, the role of a journalist (officially at least) is to base their reporting on hard facts. And since there was no AP picture of one of these soldiers waving a Russian flag, the reports remained inconclusive for some time.

But headlines have a way or repeating themselves…

While the recent headlines coming out of the Ukrainian-Russian conflict began as a debate over the identity of soldiers, the story then shifted into nationalistic identity, and whether parts of Ukraine would now identify themselves with and become part of Russia.

But the reason this article is being written is because of a third shift. This time instead of the question of identity being over soldiers or nationalism, it has shifted over to the identification, the public registration of a people.

Although the flyer ordering Jews to register may seem like a self-enclosed headline, this is not the case. But whereas this identification story may seem all dark and negative, there is one remarkable result to come from this otherwise anti-semitic act: the awakening of Jewish identity.

Last Thursday while researching for an upcoming article, I found myself reading material from a popular secular site. As I was about to leave, their site’s Twitter feed caught my attention. Just at that moment, one of their writers had tweeted about the anti-semitic flyer.

Whether it was a hoax or not there are two things that still make a difference. The first is that this was an anti-semitic act. But Hasidism teaches that a little light dispels much darkness. So while we should certainly hold these flyer distributors accountable, the greater story lies in the awakening of Jewish identity that resulted. Although secular papers question whether this headline should have gone viral to begin with, what is beyond question is the great display of Jewish identity that resulted.

We said before that these flyers caused the question of identity to shift from nationalism to people. But similar to the unmarked soldiers that we began with, what matters most is the inner identity of the Jewish people.

This is what we experienced en masse during these past few days. No matter what their present level of observance, tens of thousands of Jews from around the world started asking what they could do to help.

But the lesson from this meditation is that hidden behind the anti-semitic act is the greatest light. Since the Ukrainian-Russian conflict is over identity, the Jewish people can help to ameliorate the situation from making our own identity headlines. Like a candle lit in a dark room, the light of positive Jewish identity has the power to dispel the darkness of the debate and uncertainty over Ukrainian-Russian identity (and beyond).

This does not mean that Jews living in Ukraine or Russia should take a side. Instead the completion of this meditation is that resolution is the natural result. That from an increased Jewish identity from Jews living in the Ukraine, Russian, or elsewhere, we should merit to the easing of identity conflicts there and around the world.

For those interested, the relationship between light (Chanukah) and identity (Purim) is explained here.

Ukrainian Boeing 737 Crashes in Tehran with 180 on Board 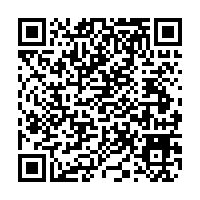