Another one of my musical heroes, sadly, outed himself this week as an anti-Semite. On this occasion, it was the turn of Van Morrison—the consummate blues artist from Belfast in Northern Ireland, whose hoarse vocal on the wildly expressive “Gloria” got me hooked from a young age—to blame the Jews for the ills of the world.

Still recording at the age of 75, Van Morrison’s latest offering is titled, with exquisite subtlety, “They Own the Media.” Musically, it’s pedestrian and anodyne, made all the more unlistenable by the asinine lyrics that accompany it (if your knowledge of Morrison’s music is limited to the song “Brown-Eyed Girl,” maybe don’t check out this one.)

Who is being referred to by “they” is never actually specified because conspiracy-mongers like Morrison use the dog-whistle technique. “They” can be whichever malign social force you want them to be, and in the world of conspiracies, that all too often means the Jews, either as “Jews” or in the guise of “Zionists,” “bankers,” “vaccine patent owners” and similarly generic labels designed to sound sinister.

Van Morrison, however, has not traveled along the BDS route, which veers leftwards. Instead, he has swerved into Jew-baiting from the extremes of the right—specifically, the movement to depict government policies such as lockdowns, mandatory mask-wearing and vaccination drives as the opening salvo in an offensive to bring the world under the heel of a globalist cabal. Over the last year, Morrison has released a stream of songs protesting the lockdown, including one that was co-written with another baby-boomer legend, Eric Clapton. Because these beliefs are predicated on the existence of a secret conspiracy that most of us are too blind to see, they are natural bedfellows of older forms of political paranoia like anti-Semitism, which variously holds the Jews responsible for the death of the Messiah, spreading the bubonic plague during the medieval period and sparking two world wars. Thus we arrive at “They Own the Media,” a protest song for the coronavirus generation.

During the coronavirus pandemic, there have been legitimate disagreements about the efficacy of blanket lockdowns and their impact on civil liberties. In tandem with the inevitable souring of that debate, some sectors of the anti-lockdown and anti-vaccination movements have become breeding grounds for anti-Semitic conspiracy theories blaming powerful Jewish interests for deliberately spreading the virus. These movements have also become breeding grounds for the latest twist in the appropriation of the Holocaust. At their demonstrations in Europe and the United States, you will see anti-vaccination activists wearing yellow stars marked with words like “unvaccinated”—a deliberate invocation of the “Judenstern,” or “Jews’ Star,” that Jews living under Nazi rule were forced to wear on their outer clothing as a mark of their “subhuman” status. The problem has become so acute in Germany that last week that Felix Klein, the federal government’s commissioner tasked with combating anti-Semitism, urged all German cities to follow the example of Munich, which last June banned the “Judenstern” from coronavirus demonstrations.

Like most extremist movements, that which has coalesced around the pandemic has a much longer pedigree. Opposition to mass vaccinations—the next grand cause for COVID-19 skeptics—stretches back to the early 19th century, almost always for profoundly unscientific, superstitious reasons. Its resurgence in the early decades of this one has helped revive diseases we hoped had been eradicated, among them measles and diphtheria, and given rise to a socially destructive discourse of victimhood on the part of the “anti-vaxxers.” They would have us believe that the “deep state” is preparing a fate for them akin to that faced by the Jews under Hitler. It begins with denying those who refuse vaccinations access to public services and spaces; it progresses to their physical segregation; and it ends, in the frothing minds of the most extreme, in their extermination.

As both Germany and France have proved in the last year, there is a worryingly large audience that is receptive to the political message carried by these Holocaust comparisons. Here in the United States, we are far from immune to its influence. For example, at a committee hearing of the Michigan House of Representatives last week to discuss a Republican legislator’s proposal for a “ban” on any eventual “vaccine passports,” William Wagner, a law professor from the University of Western Michigan, came up with a distinctly non-legal argument to explain his backing of the ban.

Brandishing a black wristband he claimed was similar in appearance to a “vaccine passport,” Wagner told the hearing: “My wife and I recently had the privilege of going through the Holocaust museum and seeing a different kind of band. Imagine that kind of band and add electronic tracking and all the electronic data that you could combine with it.”

A privilege it may have been, but whichever Holocaust museum he visited, the only thing Professor Wagner appeared to have learned there was how to manipulate the Nazi genocide for dubious political ends. Whereas once it was Palestinians wearing yellow stars enforced by the Israeli occupation, now it’s the noble and innocent defenders of bodily sovereignty who are being turned into the “new Jews” by their own rulers, who can make their suffering even more horrendous with the aid of modern technology.

This last perspective will more easily find sympathy among those, perhaps like Professor Wagner, who consider themselves well-disposed to Jews and who would recoil from a charge of anti-Semitism. What they need to understand is that anti-Semitism manifests not only in the content of someone’s mind, but in their utterances and actions. No matter how much lip service you pay to respecting the Holocaust, if you seek to graft the Nazi extermination program onto a contemporary social and cultural conflict of far lesser import, you are engaging in anti-Semitism of a particularly insidious kind: In this case, instrumentalizing the victims of the Nazis, who were exterminated because of the identities they were born with, to whip up opposition to vaccinations among impressionable people who might otherwise join with the rest of us in obtaining them.

As the world struggles to find the correct protocols to restore the lives we knew before 2020—when we could go to a basketball game or get on a plane or eat in a restaurant with relative ease—these conflicts around vaccinations and social contact in public spaces will become more intense. Holocaust manipulation flourishes in exactly this sort of fraught atmosphere, alongside less sophisticated forms of anti-Semitism. And ironically, these are among the handful of threats to public health that can’t be defeated by wearing masks or getting vaccinated. 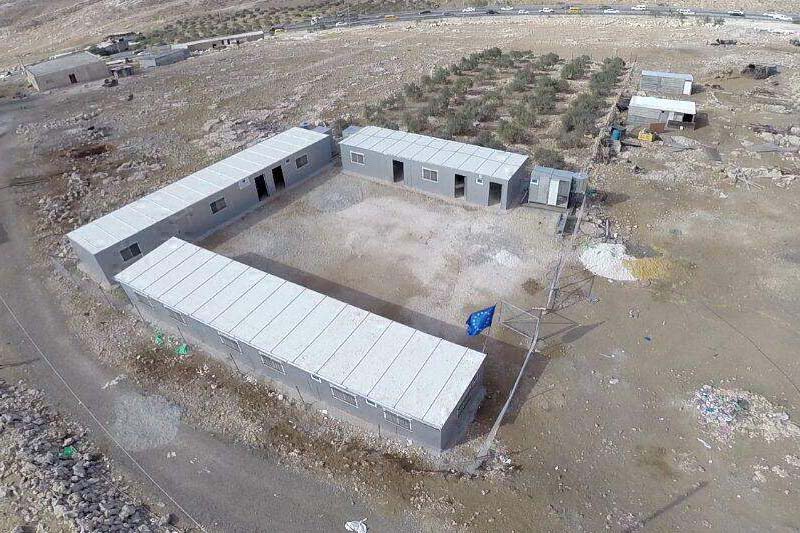