You are all frauds. All of you.


Who do you think you are? What moral standing is it you believe you have?

You, who sit on your unhallowed thrones in the International Court of “Justice”.

You, the epitome of all that is profane, who waltz through the halls of the United Nations under a façade of respectability as you systematically target the State of Israel – the one country on this planet that is at the forefront of fighting against the tyranny and oppressiveness engulfing this world.

You, the unscrupulous NGO’s who cynically march under the banner of humanity to further your Jew-hating agenda as you ignore the plight of victims caught in the Jihadist inferno.

And especially you, the pseudo academics of higher learning, who willfully join in this perversion and corrupt the pursuit of knowledge as you painstakingly and unabashedly trample on the truth.

You, the world leaders who not only close your eyes to actual crimes against humanity, and close your ears to the genuine cries of suffering caused by tyrannical, psychotic leaders, yet instead reward the architects of evil with positions of honor within the unsacred walls of your citadels of united deceit.

You, who elevate the vile and ingratiate yourselves with terrorist organizations and with the countries that hoist them onto civilization.

You, who carry the Jew-hating Nazi agenda in your hearts and you who openly wave the Nazi flag.

You, who finance the Islamic cult of terror to destroy the remnants of the Jewish nation who, in your mind’s eye, had the audacity to survive your endless odious Jew-hating onslaught to this day.

You, who represent a continent whose very foundation is submerged in nearly two millennium of Jewish blood.

You, our torturers, our tormentors, our murderers who deny your past and present culpability in innumerable attempts to wipe us off the face of this earth.

You, whose blood libels against the Jewish people continue to this day, and who contorts Zionism – the love of our land and our desire to live as a free sovereign nation in our homeland – into something ugly and unrecognizable.

You, who aid and abet the nuclear armament of a country whose stated ultimate objective is to obliterate the Jewish State of Israel.

You, who decry the right of the Jewish State of Israel to defend its borders from organized enemy attacks and infiltrations.

What credentials do you bring to the table other than your repulsive, historical crusade against the Jews?

You are going to perch yourselves on some high precipice like scrounging pigeons, dropping your repugnant contributions over our heads while determining for us whether or not we have the right to defend our lives?

Your pretense at saintliness is contemptible. Your charade of morality is repulsive, the stench of your depravity so profuse that even vultures would hide from your foul carcasses.

Your days of deciding the fate of the Jewish nation are over.

It pains you to see our people rise out of the mountains of ashes you made of us, and spring forth stronger than ever, rightfully reclaiming our sovereignty over our land that you stole from us, and defend ourselves with the most courageous and moral army of defense this world has ever known.

How frustrating it must be for all of you, after all your zealous attempts to annihilate us, not to see your efforts come to fruition. You’ll pardon me if I don’t express sympathy over your disappointment.

And for the perfidious few who call themselves Jews and align themselves with our enemies, I have no doubt there awaits a special place in hell fashioned just for you. Volumes will perhaps be written one day delving into the myriad of psychological reasons for your treachery, though none of it would excuse you.

To all of you self-styled arbiters of immorality referred to above, today, as the Jewish nation commemorates the millions of our brethren murdered in the Shoah, make no mistake, we no longer expect you to learn the lessons from your depraved past. That time has long passed.

We will though, continue to remember the depths of your wickedness, a wickedness at which you are proficient still today. A wickedness so profoundly shameless as you pose as guardians of humanity and stand in judgment of us for defending our lives.

We will instead learn from our people who braved the likes of all of you. We will learn from their courage, their faith, and their inextinguishable determination to live.

My parents are survivors of your damned Holocaust. You don’t hold a thimble’s worth of their valor, their spirit, their strength. We, the children and grandchildren of survivors carry the legacy of their resilience with pride.

No. You will not judge us. It is we who judge you. And we hold YOU in contempt. 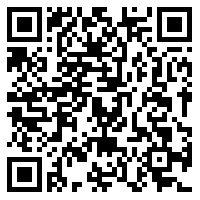