So it is with the religious world. The truth is that the media, including of course much of the Jewish media, just loves to highlight religious shortcomings. It’s a kind of guilt compensation to point out the failures of the religious world to feel better about one’s own religious neglect. There is what to find fault with, of course. Where isn’t there? And of course the interesting story is “Young Man Pushes Old Lady Off Bus”, not “Young Man Help Old Lady Onto Bus”. It’s also true that the interesting story is not “Thug Gets Involved With Gang Violence”, but “Guys Who Go Around Making Everyone Else Struggle Under a Burden Of Guilt, Poverty, and Oppression Take Whatever They Want for Themselves, Whenever They Want It”. It’s the hypocrisy.

But the religious world needs to fight back constructively. The game is played like this: Highlight the shortcomings of the Charedi world. In reaction the Charedi world excoriates the corruption and decadence of the secular. No one hears about the good qualities of either.


Just as once the religious communities employed “Shtadlanim”, men who made contact with the non-Jewish powers and interceded with them on behalf of Jewish communities, now we have lobbyists in Washington and Brussels. And the process goes both ways. Both sides benefit. At last one is seeing blogs and articles by Charedim in the wider press criticizing their own shortcomings and taking responsibility for trying to change from within. 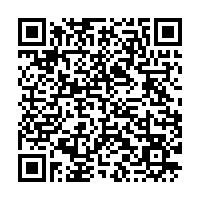