I know. I’ve heard many stories of happily-married couples from the Bronx and Brooklyn who won the New York State Lottery and – faster than you could say, “Where’s my new Rolls Royce” – their marriage was toast. Well, I’m not convinced. I, for one, am all for Rolls Royces and mansions in the Hamptons. The more yachts and Learjets, you give me, the happier I am.

One of them – Mario Mancini of “Plunge Doctors & Happy Pipes” – responded, “Are you kiddin me, buddy? Have you any idea how long it took me to become a plumba? That was bad enough. I ain’t got the time or smarts to go to some college and study economics or whatnot. I gotta be honest witcha. I was never the sharpest tool in the shed anyway.”

But that’s the mistake Mario and countless other regular guys make when it comes to billionairekeit. It turns out you don’t have to be smart at all! Take Mark Zuckerberg, the CEO of Facebook, for example. Forbes estimates his personal worth to be around $80 billion. And the other week – in an interview with Kara Swisher of Recode Media – he demonstrated that you don’t even have to possess a working brain to be a billionaire.

Read this exchange on stamping out fake news on Facebook.

Swisher: Okay. “Sandy Hook didn’t happen” is not a debate. It is false. You can’t just take that down?

Zuckerberg: I agree that it is false.

Zuckerberg: I also think that going to someone who is a victim of Sandy Hook and telling them, “Hey, no, you’re a liar” – that is harassment, and we actually will take that down. But overall, let’s take this whole closer to home…

Zuckerberg: I’m Jewish, and there’s a set of people who deny that the Holocaust happened… I find that deeply offensive. But at the end of the day, I don’t believe that our platform should take that down because I think there are things that different people get wrong. I don’t think that they’re intentionally getting it wrong…

Wowzers! Super-rich Zuckerberg doesn’t think Neo-Nazis and ISIS supporters are intentionally denying the Holocaust. Well shucks, why would they?

I showed this exchange to Mario the plumber and said, “You see, you can make brain-explodingly stupid comments like the ones Mark Zuckerberg made here and still be a billionaire.

Mario said something I cannot reproduce here, and then said, “But I don’t know nuttin about computers ‘n stuff. I don’t tink I’d be any good at it.”

I allowed a sly smile to play on my lips. I was expecting him to say something like that. I had my “Plan B” all ready and waiting. “Okay, Mario. So how would you like, instead, to run for Congress?”

“Get outta here!” said Mario. “What do I know about politics?”

I put my hand on his shoulder and patted it paternally. “Mario, you don’t need to know anything about politics to get to Congress.”

He gave me the same look that he gave me earlier when I showed him Zuckerberg’s comments. I then said three words: “Alexandria Ocasio-Cortez!”

I explained. “She is an activist, a member of the ‘Democratic Socialists of America’ and a former Bernie Sanders organizer. She ousted 10-term incumbent Rep. Joe Crowley in New York’s 14th congressional district even though Crowley, the fourth-ranking Democrat in the House, outraised her by a 10-to-1 margin.”

“But the really exciting thing,” I told him, “is that she knows almost nothing about politics at all. What she does know, she gets wrong. So if you are interested in running for Congress, you are in good shape!”

He looked skeptical until I showed him her recent PBS interview with Margaret Hoover, who, interestingly, is to TV interviewing what Zuckerberg is to Holocaust sensitivity. Ocasio-Cortez had tweeted about her distress at the recent “massacre” in which Gazans trying to get into Israel were shot. It later turned out that of the 62 killed, 50 were members of Hamas another three were members of Islamic Jihad. All were planning to kill Israelis when they made it across.

Hoover asked her about the Israeli-Palestinian conflict, and the Democratic Party’s new star started to drown in her own ignorance. After floundering and squirming for a while, she finally admitted she did not know what she was talking about.

Margaret Hoover, instead of asking Ocasio-Cortez how on earth she could hope to represent her voters when she knew so little, essentially said that Ocasio-Cortez’s ignorance was just peachy! “That’s really honest,” she assured her enthusiastically. “And when you get to Washington, you will have the opportunity to talk to people!”

I paused to replay that bit to Mario. When she gets to Washington, she will get to talk to people and hear the truth – not before!

“So you see, Mario,” I said, “If you get elected you can wait until you get into office to find out about things like the economy, where Pixies live, and why Vulcans have pointy ears.”

“There are so many career paths open to you in today’s America: billionaire, politician, or perhaps even TV interviewer. You think you aren’t the sharpest tool in the shed? Come on, Mario, look at these guys. You’re a genius in comparison! After all, you know how to clear a blocked toilet.”

Life Under Rocket Fire: “From Zero to Two Hundred in a Nanosecond” 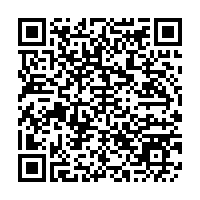