For decades now, bias against Israel and the United States has reared its head on campus – particularly within Middle East Studies programs – as is well-documented in Martin Kramer’s seminal book, Ivory Towers on Sand. This has led to one-sided politicization of an entire discipline, where paltry propaganda has been substituted (at the taxpayer’s expense) for a good, well-rounded education.


This tendency has become even more pronounced as of late because of “cancel culture” with its rigid orthodoxy of “acceptable thought.” A recent poll shows that no less than 62 percent(!) of Americans are afraid to express their political views.

Jewish students, though, suffer more than others. And the Jews are the proverbial “canary in the coal mine.” As Rabbi Jonathon Sacks famously said, “That which starts with the Jews never ends with the Jews.”

On Dec.11, 2019, I was ecstatic to be invited to the White House to witness President Donald Trump signing an Executive Order (E.O.) prohibiting discrimination based on anti-Semitism. For years, I had been working for the passage of the Anti-Semitism Awareness Act, which would have given Jewish students the same constitutional protections as black, Hispanic, handicapped, and other minority students. But the bill had been held up in the House; despite assurances to me from some Democrats, not a single Democratic congressional member would officially support it.

I felt, therefore, that this Executive Order would make the atmosphere for Jewish students on our universities much more comfortable. However, a year later, anti-Semitic professors and speakers continue to make outrageous statements about Jews and Israel on campus with near total impunity.

The prestigious Kennedy School of Government at Harvard University, for example, just offered a position to Saeb Erekat, the secretary general of the Palestinian Liberation Organization. He has called the random stabbing of Israeli citizens by Palestinian terrorists “self-defense.” He has declared Israeli Prime Minister Netanyahu “a war criminal that’s not worth the bullet it would take to shoot him.” He has stated that “Israel is deliberately infecting Palestinians with coronavirus.”

And now he’s being offered a position at Harvard. What’s even more outrageous is that Erekat is going to be a fellow at Harvard’s “Future Diplomacy Project.” This is the very same person who has counseled Yasser Arafat to reject the exceedingly generous offer made to him by Prime Minister Ehud Barak at Camp David in July 2000.

Diplomacy is supposed to be the art of compromise. The only lesson that these students will be learning from Erekat is the art of rejectionism and incitement towards terrorism.

But Harvard is hardly alone here.

On Sept. 23, San Francisco State University’s Arab and Muslim Ethnicities and Diaspora Studies will be hosting a known terrorist, Leila Khaled. She was one of two terrorists from the Popular Front of the Liberation of Palestine who rose to fame on Aug. 29, 1969 by the notorious hijacking of TWA Flight 840.

Then on Sept. 6, 1970, Khaled continued her notorious career by participating in the hijacking of El-Al flight 219, during which she is quoted as saying, “I have two hand grenades. If you do not open up the cockpit door, I will blow up the plane.”

The Popular Front for the Liberation of Palestine claimed credit for many of the terrorist attacks and suicide bombings during the five years of Second Intifada from 2000 to 2005. The number of victims of these terrorist acts in Israel was more than 1,000.

For this sort of egeregious behavior, she is being offered a place at the table at a respected academic symposium.

These two recent examples are not exceptions. My organization, EMET, has been conducting a thorough analysis of what has been going on within the halls of academia for many years, and the sad reality is that anti-Semitism – as defined by the U.S. government – is a virus that is alive and well, and metastasizing in the minds of students throughout the United States.

And it is being given a tacit seal of approval by the university administrators who allow invitations to terrorists and their enablers to be issued while they look the other way. 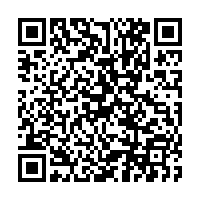