On the sixteenth anniversary of the September 11, 2001, Islamic terrorist attacks, President Donald Trump did not once mention the terms “radical Islam” or “Islamic terrorism” during a commemoration ceremony at the Pentagon.

Instead of naming the enemy, Trump seemingly went out of his way to use other descriptors in his speech, including “terrorists who attacked us,” “barbaric forces of evil and destruction,” “horrible, horrible enemies,” “enemies of all civilized people,” and “enemies like we’ve never seen before.”

Similarly, Pence, speaking at the Flight 93 National Memorial in Shanksville, Pennsylvania, referred to the scourge as “evil terrorists” and “global terrorism.”

Mattis, addressing the same Pentagon memorial as Trump, outwardly minimized the Islamic motivations of the terrorists by calling them “maniacs disguised in false religious garb.” He referred to “attackers perpetrating murder” on that fateful day, not even using the words “terrorist” or “terrorism.”

Sessions perhaps came closest to prescribing a religious ideology, calling out “extremists” who “seek to impose their speech codes, their religion, their theocracy.”

“For these extremists, it’s more than religion; it’s ideology,” he stated. “We have no choice but to defend against it.”

But Sessions did not mention a specific religion and did not expound upon which ideology the terrorists maintain.

When speaking of common threads among terrorists, Sessions also failed to mention the one major thread of Islam when he stated: “While the threats we face are diverse and evolving, terrorist ideologies have one thing in common: their disregard for the dignity of human life and they share an obsession with forcing everyone into their twisted ideology. And the terrorists know they can’t persuade people using reason, so they use coercion and intimidation. They seek acquiescence and inaction.”

Trump’s reluctance to name the actual enemy contrasts with speeches he gave in the past, including during the 2016 presidential campaign, when he repeatedly utilized the phrase “radical Islamic terrorism.”

When she served as president of the Goldman Sachs Foundation, the philanthropic arm of the Wall Street giant, White House Deputy National Security Adviser Dina Habib Powell repeatedly partnered with the Clinton Global Initiative for a globalist women’s project that served as the centerpiece of Goldman’s charitable foundation.

Besides partnership with CGI, Powell’s foundation also directly funded the Clinton Foundation and partnered with Hillary Clinton’s State Department, this reporter found. Powell herself was associated with numerous groups and projects linked to the Clintons.

Powell served as president of the Goldman Sachs Foundation, where she ran the foundation’s projects after Goldman Sachs was implicated in the 2007-2008 financial crisis and sought to resurrect its shattered image.

Powell, an Egyptian-American, reportedly received a salary of $2 million per year from Goldman Sachs. Her financial disclosure form from this year reveals salary, benefits, cash bonuses, and equity from Goldman Sachs totaling $6,128,950.

As head of the Goldman Sachs Foundation, she specifically oversaw two major charitable initiatives, one called 10,000 Women and another named 10,000 Small Businesses. 10,000 Women aims to provide at least that number of women around the world with a business and management education to further economic opportunities and global financial growth. 10,000 Businesses, according to Powell’s Goldman bio, “provides small business owners in the US and UK with business education and access to capital.”

The projects were widely viewed as Goldman’s efforts to resurrect its tarnished image after the firm was accused of unsound practices that allegedly helped precipitate the financial crisis. “Engaging wasn’t just the right thing, it was necessary, especially in the wake of the financial crisis when people said we weren’t doing enough,” John F.W. Rogers, Goldman Sachs’ chief of staff, told The New York Times of the company’s charitable efforts.

Goldman would later agree to pay a $5 billion settlement to the Justice Department for its alleged role in the 2008 financial crisis.

After being publicly implicated in the financial crisis, Goldman Sachs needed to endear itself to the public. Besides 10,000 Women, another of Powell’s initiatives, 10,000 Small Businesses, also may have been launched in response to negative publicity about Goldman Sachs, The New York Times relates in an article titled, “Goldman Sachs, Buying Redemption.” 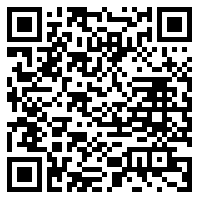