Some synagogues have very old sifrei Torah written on thick parchment which are very heavy to lift. A sofer once suggested cutting off the top and bottom margins of these sifrei Torah to lighten them. The Maharam Padua (Responsa 84) strongly objects to this idea, calling it “ridiculous.”

The Entire Sefer Is Holy

The Maharam Padua’s reasoning is that the margins also bear the sanctity of the Sefer Torah and, if discarded, lose their standing. Halachah (Shulchan Aruch 290:1) decrees that objects must not be demoted from a higher sanctity to a lower one. Even a mezuzah may not be written on the parchment of a disqualified Sefer Torah. Surely, then, cutting off parchment to be buried in genizah is improper.

One In Seventy Chance

The Maharam Padua proves his ruling using our sugya, which requires a Sefer Torah to be written as elegantly as possible. A sofer should make sure, for example, that its length equals its circumference when rolled up. How is he to do so? Rashi (s.v. lo orco) explains that he should draw a string around its circumference and compare it to its length. The Gemara adds that Rav Huna wrote 70 sifrei Torah but succeeded in achieving this desired proportion only once.

The Maharam Padua points out that if cutting margins were allowed, Rav Huna could easily have accomplished his aim more than once; obviously, therefore, the act is forbidden.

Rabbi Shlomo Kluger, however, rejects this proof. He argues that when the Gemara talks about a Sefer Torah’s length, it means the distance between the top of the text to the bottom, plus the halachically-required three finger breadths’ of space above the text and four finger breadths’ below it (Menachos 30a; Shulchan Aruch, Yoreh De’ah 273:1). Any additional space is not required by halacha and therefore is not counted in the Sefer Torah’s length. Cutting the margins, therefore, would not have helped Rav Huna achieve the proper proportion, and so we can’t prove that cutting them is prohibited from the fact that he didn’t.

A Cherem In Place

The Masas Binyamin (Responsum 100) claims that extra margins beyond the required space have no sanctity and are superfluous. Almost all poskim rule like the Maharam Padua, though, that the margins have sanctity and may not be cut off. The Maharam Rothenberg (Responsum 4:1022) goes even further, writing that a cherem was imposed on anyone doing so, even where the intention is to use the cut-off margins to write another sefer Torah. 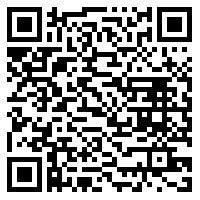