The Ramban writes that the Chashmonaim – who were kohanim – violated the Biblical rule of “lo yasur shevet mi’Yehudah” by serving as rulers over the Jewish people. Rav Kamenetsky asks an obvious question: How were the Chashmonaim ever enthroned as kings? Didn’t Chazal publicly object?

Rav Kamenetsky suggests that Chazal actually approved of their appointment as kings. Klal Yisrael was so assimilated and their spirits were so low that Chazal felt it necessary to lift their morale by granting them a temporary malchut of Jewish kings. And since this malchut was only designed to be a temporary measure, they specifically did not want descendants of Shevet Yehudah (so as to signify its temporary nature).

Many aspects of the Jewish kingdom at the time were “temporary” or non-ideal in nature. For example, the basic language used was Aramaic, a galut language, and the Aron HaKodesh was not in the Kodesh Kodashim. So non-ideal was the Jews’ situation in Judea that the berachah in the Amidah for the return to Jerusalem was enacted in this era – even though Jews resided in Jerusalem at the time.

By enthroning kohanim as kings over Israel, Chazal wished to emphasize that their era – after the miracle of Chanukah – was not the Ge’ula Shleima as was thought by many at the time.

Rav Kamenetsky argued that the emergence of the state of Israel resembles the enthronement of the Chashmonaim as kings. As a result of the Holocaust, the Jewish people were depressed and saddened. They needed something to uplift their spirits as well as make them feel that Hashem had not forsaken them. Medinat Yisrael was a gesture to transform and uplift Jewish morale.

It is not the Ge’ula Shleima. It is not the z’man of Moshiach. But it is similar to the enthronement of the Chasmonaim to build Jewish pride and morale. 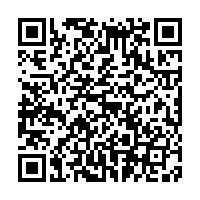