Born into a wealthy German family in 1924, Izzy Austerlitz* grew up in the lap of luxury. His father worked in the diamond industry, securing a reputation as a successful diamond polisher while earning a generous income for his family. They lived in a beautiful, large private home on a nice-sized property.

But as the Nazis gained power and the lights dimmed for Jewish businesses in Germany, Izzy’s father took initiative. He devised a plan to protect his assets and his family.


Their next door neighbor, a non-Jew named Carl, with whom the Austerlitz family had shared a friendly relationship for years, was a building contractor. Herr Austerlitz hired him to build a little underground apartment beneath the garden attached to their home. Carl was a quick worker who did his work well. In a short time, he built a beautiful flat. The underground hideout was artfully covered and appeared to any outsider as a regular garden. The only way to enter the underground apartment was from inside the Austerlitz home.

In a number of corners in the newly dug basement apartment, Herr Austerlitz created secret safe boxes in which to stash stacks of cash that he withdrew from his bank accounts. He also brought home most of his diamond collection and stored them in hiding, leaving just a few precious stones at his storefront so he could continue working.

He hoped that the difficult times would pass quickly and that his measures of precaution would no longer be necessary. Sadly, that was not to be.

As things turned from bad to worse and World War II broke out, the family moved into the underground basement. The sounds of warplanes and enemy cannons above their heads robbed them of a sense of full security. Still, they comforted themselves by recognizing their good fortune in having such a secluded, private hideout, unbeknownst to anyone except their next-door neighbor, Carl.

Their relief was shattered when one morning, loud raps were heard. The door that divided the underground apartment from their home was kicked open with a bang. Five strapping SS men charged inside. Standing behind them was none other than Carl, a sadistic smile on his face.

Before the eyes of the terrified children, the SS guards shot Herr Austerlitz, who he fell to the floor, lifeless. Frau Austerlitz, along with her sons and daughters, was taken to the infamous Mathausen concentration camp. After a few months, she was sent to the gas chambers. Her children suffered the same fate. Only Izzy remained alive.

Experiencing one miracle after another, Izzy dodged death throughout the war. As Germany conceded defeat, it became apparent that Izzy was a handpicked survivor, the sole remainder of his family.

Desperate for a taste of home, Izzy made his way to the place of his youth. When he finally arrived at the familiar street, he was pleasantly surprised to find his family home standing, whole and unharmed, just as it had looked when he had last departed. He ran over to the front door and opened it delicately.

Inside, he was confronted with an unpleasant sight: There were new residents comfortably settled inside – Carl and his family had assumed possession of the Austerlitz home.

“Get out!” Carl yelled in an angry voice, waving his hands menacingly. Izzy ran out of the house as quickly as he could.

What disappointment! How he longed for the semi-comfort of being in his childhood surroundings. If he could not have his parents back, at least he could be in familiar territory. So Izzy decided he would not leave town just yet. He found a small apartment to rent. Nearly every day, he would pass his home, and his heart burned with anger at the injustice of their wicked neighbor-turned-foe who had handed the Austerlitz family over to the Nazis.

Soon, Izzy became acquainted with another survivor who had returned to the area. The two tried to strengthen each other spiritually and began to learn together. They learned Parshas Hashavua with the commentary of Rashi regularly.

One day, as they were reviewing Parshas Mishpatim, Izzy became inspired. They were on the topic of the unintentional murderer. Rashi brings an example of a person who finds himself falling off a ladder, thereby killing a murderer who had previously killed on purpose. The message: Nothing happens by chance.

As a survivor of the Nazi death campaign whose parents had been cruelly murdered, Izzy felt these words strike a deep chord within him. The image of justified punishment being meted out to those savage beasts was at the forefront of his mind as he passed his childhood home that afternoon. He paused before walking further. “Hashem!” he pleaded, “Judge those cursed Nazis! Give them the punishment they rightfully deserve!” In particular, he thought of their wicked, deceptive neighbor, Carl. Izzy broke down and shed bitter tears for the better part of an hour. He left the site feeling relieved, as if he had thrown off some of the rocks that were piled so heavily on his heart.

Izzy went outside to find out what had happened. He followed the crowd who had come to investigate and found himself standing not far from his childhood home. He was shocked to realize that it had been the site of the accident. The ceiling of the underground apartment that Carl had built years before, purportedly as a safe haven for the Austerlitzes, had collapsed. Carl and his had family tumbled from the main floor into the apartment below. Furniture and large segments of the floor fell on top of them. All of them had perished.

Izzy was overjoyed. He could almost feel on his cheeks the dampness of the tears he had cried just a few hours earlier in heartfelt prayer. And here Hashem had meted out a just punishment to Izzy’s worst enemy. Carl had dug his own grave, in the very same place where he had caused Izzy’s father’s blood to be shed.

Izzy hurried to present himself to the authorities, asserting that as the solitary heir of his father, the now wrecked home belonged to him. After some back and forth in court, Izzy received legal possession of his family home.

He brought workers in to clear the damage. When he was finally able to enter the basement, Izzy’s first mission was to find his father’s hidden fortune. Apparently, Carl had found and taken some of it, but a large amount of cash and diamonds were still untouched, just where Izzy’s father had stashed them. 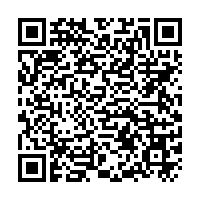