The 1948 baseball season began with Sid Gordon of the New York Giants as the biggest Jewish star, but soon even Jewish baseball fans were more interested in events on the front page than the sports page. Since the First World War, Palestine had been under the British Empire, and Jerusalem was the seat of the British authorities.


British rule of Palestine ended on May 14, 1948, as a result of the vote taken the previous November, and Jews around the world celebrated as the State of Israel was proclaimed. As soon as the State of Israel was born, armed forces from Egypt, Jordan, Iraq, Saudi Arabia, Syria and Yemen attacked the Jewish citizens of the new Jewish state. Recently-arrived Holocaust survivors were pressed into battle, many losing their lives in defense of their new country.

As the battle for Israel’s survival went on in the summer of 1948, baseball’s biggest rivalry continued between the Brooklyn Dodgers and the New York Giants. And on July 3, 1948, Ebbets Field hosted a “Sid Gordon Day.” Even though Gordon was a native of Brooklyn, it was very unusual for a team to honor a player on an opposing team, especially a team’s greatest rival.

Among the gifts Gordon received during the pre-game ceremony was a set of luggage, a set of golf clubs, even a new Chrysler automobile. Gordon celebrated by hitting two home runs during the game.

Sid Gordon went on to hit 30 home runs in 1948 while batting .299 and cementing himself as baseball’s best Jewish player. His 107 RBIs were the most by a Jewish player since Greenberg’s last year as a player with the Detroit Tigers two years earlier.

Cleveland was the center of the baseball universe in 1948, and Hank Greenberg was the spiffiest dresser in its front office. Record crowds were pouring into the cavernous stadium on the shores of Lake Erie. A May 23 doubleheader against the Yankees attracted 78,431 fans, and the Indians would lead both leagues in attendance and attract over two million fans for the season as they marched towards the American League pennant.

Greenberg went to spring training as an executive with the Cleveland Indians. Hired by club owner Bill Veeck, the 37-year-old Greenberg was asked to don a uniform and help impart batting tips to players. Veeck urged Greenberg to take some batting practice prior to games to help lure fans. Veeck hoped Greenberg would miss hitting and decide to play another season with the Indians.

Greenberg did play first base in an exhibition game against a college team and hit a long double and handled 14 putouts at first base flawlesssly, but quit after the game and immersed himself in front office operations.

Another interesting story took place in Boston. The city had two major league teams at the time – the National League Boston Braves and the Red Sox of the American League. Jewish baseball fans in Brookline were lucky as both ballparks were within walking distance of many, even though they were in different directions.

Both teams were headed north in the standings. The Braves were buoyed by pitchers Warren Spahn and Johnny Sain, who were among the best in baseball. The mantra of the fans went, “Spahn and Sain and pray for rain!”

The Red Sox had good pitching too, but had better hitters, including the great Ted Williams, who led the league in batting with a .369 average. While the Braves clinched the National League pennant a week before the season ended, the BoSox and Indians ended the season in a tie. Bostoners were hoping for an all-Boston World Series. A coin flip decided that the one-game A.L. playoff would take place in Boston’s Fenway Park.

But 1948 belonged to the player/manager of the Indians, Lou Boudreau. The 31-year-old shortstop managed a great game by making the right moves and hitting two home runs to defeat the Red Sox, raising his batting average for the season to .355 to go along with his 106 RBIs. And for the eighth consecutive season, Boudreau, whose Jewish mother converted to Christianity before he was born, led all American League shortstops in fielding, and was named the American League’s Most Valuable Player for 1948.

Al Rosen played most the ’48 season for Cleveland’s top minor league club, where he batted
.327, earning him a late season call-up to the Indians. The 24-year-old Rosen had only had five at-bats as the season wound down, and one at-bat during the World Series as Cleveland downed the Boston Braves.

And while Greenberg and Rosen rode in the victory celebration in downtown Cleveland, the battle for Israel’s survival wore on. 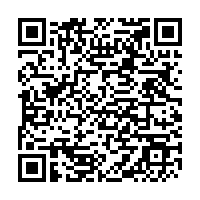