As part of the long initial discussion between God and Moshe (Shemot 3:4 – 4:17), Moshe raised a number of objections to God’s command that he (Moshe) serve as God’s emissary and help liberate the Jewish people from Egypt. One issue Moshe raised was the fact that his speech impediment severely constrained his public speaking capability. God responded that, as the Ultimate Creator, he could address that shortcoming (ibid, 4:10-12).

Since God definitively addressed this reservation, why does Moshe raise it again in this week’s parsha (ibid, 6:12)?


It seems manifestly clear that God was able to fix Moshe’s speech if necessary. We take it for granted that God knows what He is doing when He asked Moshe to be his messenger. The obviousness of the answer and Moshe’s repeated mentions of the concern, even after hearing God’s response, tell us to dig deeper.

Since God was asking Moshe to reach higher (as a prophet) than anyone else ever had, being human was a real issue. Moshe was keenly aware that his intended status, as a prophet, was compromised by his human limitations – represented most visibly by his inability to fully control his own speech. His continued comments on this matter were perhaps his way of saying: “I can’t see how this (an imperfect human being, communicating the Master of the Universe’s will) can be done.”

Perhaps, what preoccupied Moshe as a severe limitation (and, as a result, caused him to be very humble) was one of the main reasons why God chose him for the role of historic prophet of the Jewish people. 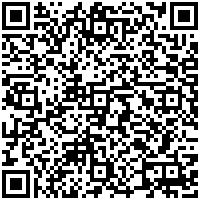