As I write, a winter storm unleashes its fury on our neck of the woods, mercilessly pounding sleet, snow and ice in its wake. But I barely pay heed to the howling winds and madly swirling snow which we know will not deter the imminent arrival of Chodesh HaAviv (the month of spring). In fact, we are set to bentch the month of Nissan on Parshas HaChodesh, Shabbos Parshas Vayakel-Pekudei, with Rosh Chodesh falling on Yom Shlishi (Tuesday, March 28).

A new year and a new beginning for Am Yisrael! Whereas Tishrei and Rosh Hashanah may come to mind, it was during Nissan – “the foremost of the months” – that Hashem revealed the purpose of His creation. For all the planets in the universe are in existence solely for the sake of Israel, and it is the month of Nissan, when Israel became a people, that renders the act of creation complete.

Moshe Rabbeinu, indisputably the greatest of our leaders and teachers to grace the earth before and since, was at the forefront of events that shaped the future of our nation — yet it was woman’s insightful, magnificent maneuvers behind the scenes that set things in motion and made us worthy of our ultimate redemption.

“Chachmos nashim bansah veisah – The wisdom of women builds her house.” This verse in Mishlei is attributed to Yocheved, the mother of three righteous individuals and prophets – Aharon, Moshe and Miriam. Miriam, the firstborn, was a mere child of six when she prevailed upon her parents, Amram and Yocheved, to reunite after they had divorced following Pharaoh’s decree to toss all newborn male infants into the sea. Gifted with ruach hakodesh, Miriam prophesied that her parents would give birth to a baby boy who would be instrumental in easing the plight of the Jews at the hands of their Egyptian taskmasters.

While Miriam is, needless to say, in a class of her own, the devotion of the indomitable Jewish women who carried food and water to their mates in the darkness of night when Pharaoh ordered the Israelite slaves detained around the clock is of no small significance. The comfort and chizuk these wives offered their husbands, uplifting their morale, did not escape our all-seeing Father in heaven.

Hashem rewarded these gallant women by miraculously filling the buckets of water they had drawn from the wells with equal parts fish and water. Each woman had set out to the fields to dote on her spouse, to bathe him with the water she had warmed, to fortify him with the fish she had cooked – and by so doing defeated the Egyptian king’s efforts to stave off the propagation and furtherance of the Hebrew people.

But perhaps the most intriguing woman of that pivotal time was the daughter of Pharaoh who saved Moshe from her father’s evil mandate. Afflicted with tzora’as, Basya approached the river’s edge with intent to bathe in the cool waters and soothe her burning skin lesions.

She had hardly stepped foot in the water when she spotted the basket among the reeds. Even before drawing the basket to her, she instinctively perceived that it would contain a Jewish child and gave voice to her feeling of compassion for the infant. The thirty handmaidens who had accompanied Basya were quick to remind her of the king’s edict. When they vented their consternation at her defiance of her father’s decree, the malach Gavriel struck them until they fell lifeless to the earth. (This midrash is said to be an allegorical reference to the yetzer hara that was “slain” by the angel to remove any obstruction that might have planted doubts in the king’s daughter.)

Basya’s arm was miraculously elongated as she reached for the basket containing the three-month-old Moshe. A dazzling bright light emanated from the infant who was voicelessly shedding tears. Her heart stirred for the little one whom she believed was too weak from hunger to cry out loud. No sooner did she touch the basket than her skin magically healed. Basya instantly sensed the uniqueness of this Jewish child and called him her own.

Other commentators in the Talmud opine that Basya went to the river Nile to immerse herself as part of the process of converting to Judaism, as her father’s murderous and idolatrous ways had opened her eyes to the truth, arousing in her an empathy for the oppressed people whom she felt aligned with.

The name Basya literally means “daughter of God.” Said Hashem: “Moshe was not your son and yet you called him your son. You are not my daughter (one of my nation) yet I will call you Basya – my daughter.” Basya was one of only two women taken alive to Gan Eden. (The other was Serach, the daughter of Asher.)

This article would be woefully incomplete if I failed to mention and express my deep admiration for a special woman who has displayed incredible courage and fortitude in the face of unimaginable tragedy – the excruciating loss of a beloved child of hers, on the first day of Pesach of last year (described in detail in a front page essay in The Jewish Press [6-15-2016]).

Despite the perpetual ache in her heart, the stinging of tears threatening to flow all too easily, and the endless longing to hug her firstborn son again, my daughter-in-law Camille has impressed everyone – from near and dear ones to old and new acquaintances – with her tireless campaign to elevate the soul of a young man abruptly taken to his heavenly abode all too soon (for us mortals, that is; of course Hashem has a plan that we are not privy to).

It wasn’t long before Camille enthusiastically went about setting up a gemach in her home for Shulamith School for Girls uniforms as a zechus for her son’s neshama. In short order she has inexhaustibly embraced project after project, such as contributing her luscious cheesecake creations for her girls’ Shavuot bake sale (dedicated to the memory of her son) where she also distributed hafrashat challah cards (the cakes were sold out before the sale even began!) and eagerly volunteering to lend her expertise at the fall Shulamith Women Organization’s Challah Bake in Lawrence. For Simchas Torah, she and her husband sponsored the stuffed goody bags l’iluy nishmas Yehoshua a”h for the children at The Chofetz Chaim Torah Center (Bais Medrash Ohel Sara), with their everlasting goal of sweetening their precious son’s Gan Eden.

Recently, to celebrate Tu B’Shvat (which fell on Shabbos this year), Camille invited friends within walking distance to take part in an afternoon “bracha and amein” party, treating her guests to a scrumptious and beautiful “ha-eitz” spread to benefit the soul of their treasured bechor. Mi k’Amcha Yisroel?!

As a grandmother, there’s so precious little I can offer in comfort… when I must keep my own shattered heart from disintegrating. All I can do is thank Hashem for my wonderful children, daven that they remain strong and resolute in their emunas Hashem, and trust that He will heal their pain of grief as only He can.

I confess that the blessing of techiyas ha’meisim (recited in our daily Shemoneh Esrei prayer) has taken on a whole new meaning for me… as I beseech the Healer of the brokenhearted to hasten the Geulah that will bring miracles even greater than those of Yetzias Mitzrayim. 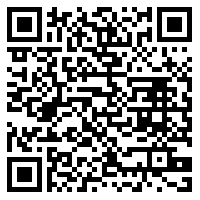