I didn’t make it to the funeral service because it took place at a Biker Bar on a Friday night. The body had been cremated and there was no shiva that I knew of. Lee’s friends parked their Harleys outside the bar and gathered inside as the president of the club read a short eulogy that I had written. At the conclusion of the service, they all rose for what may have been the first and last Kaddish at Boneshakers Bar and Grill in Virginia Beach.

It had all started with a challenge. I officiated at a funeral for the mother of a man who wore several earrings in one ear and had been thrown out of Sunday school at least once. He said he’d come to shul a couple days a year, but if I wanted to see him pray more often I’d have to come out and ride with the “Lost Tribe” Motorcycle Club of Virginia that he had founded.


I was still studying for semicha at the time and I was on the phone studying with my rabbi in Jerusalem when the roaring engines pulled up outside my house. I didn’t bother explaining, just said I needed to go. Outside were at least twelve gleaming Harley Davidsons and just as many tough-looking men and women in leather jackets and riding boots. They lent me a jacket and a helmet and told me not to bother tucking my tzitzis in.

What I experienced was the ride of my life and the first of many rides with The Lost Tribe. The rides themselves were extremely fun and somewhat frightening at times, but the lessons learned changed my life forever.

First off, I learned a thing or two about biking:

It is hard to balance a bike when you are standing still. It is also very frustrating to sit on top of a sixty-five horsepower engine and go nowhere. That’s why bikers insist on revving their engines at traffic lights. The roar of a Harley is indicative of potential and both the engine and the rider want to see that potential actualized.

It occurred to me, as my brain rattled in my skull on a two-hundred mile ride through rural Virginia, that our souls work in much the same way. There is a quiet but powerful voice within us that wants to roar with spirituality. It wants to break loose, speed forward and conquer the open road. We are the custodians of powerful and frustrated engines that are yearning to exercise their true potential.

Lee looked at me with the look the simple shepherd boy must have given the Baal Shem Tov after he blew a whistle in shul on Yom Kippur. He gave me the best answer that I have ever heard: “Of course I believe in G-d,” Lee said, “and I believe that G-d can appreciate a good joke. I know that G-d has a sense of humor, because otherwise he wouldn’t have organized my life the way He did.” 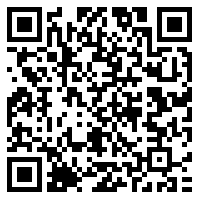