As we approach the 24th of Teves, the yahrzeit of the Alter Rebbe – Rabbi Shneur Zalman of Liadi (1745-1812), founder of the Chabad chassidic movement – we should consider what he aimed to accomplish with his unique path in serving Hashem.

He actually explained his goal in great detail in a surprising source – a Hebrew affidavit written in reply to his czarist interrogators during his first arrest in 1798. After replying in Russian to simpler questions, he asked for an interpreter to answer more complex questions.


The czar himself directed that he write his replies in the “Jewish language,” which would be translated by experts. The original manuscript of the Alter Rebbe’s replies was discovered in the prosecutor-general’s archives after the Soviet Union fell. He wrote:

“1) …‘Service of G-d’ is, for us Jews, divided in two: a) studying and reading Scripture, Talmud, Midrashim, and their commentaries, and the codes that summarize all the Talmud’s laws. For this, we have several hundred works compiled in every generation; to reach the ultimate level of this study one needs extra intelligence.

“b) Prayer – whoever has some intelligence and is somewhat familiar with [Torah] works can pray properly with heartfelt devotion for most of the prayers are collected psalms and verses from King David’s Tehillim and other Prophets, and all are praises of the living and eternal Creator and His greatness and rule over multitudes of angels and the highest Heavens…and also upon the earth and below there is none else besides Him, and ‘He causes kings to rule, and His is the Kingship’…

“2) Prayer with such devotion helps and aids one to withstand one’s evil inclination all day, even after prayer, to fulfill all G-d’s commandments, whether avoiding wrongdoing or doing good…for its memory remains with a person in his mind and heart all day. But one who does not pray with such devotion, although he studies all day the laws in the Talmud and other works, he may possibly fulfill what he studies or possibly not…and he may sometimes transgress G-d’s commandments.

“But even if one does not transgress at all, it is still not good to pray directly to G-d and declare ‘Blessed are You’ while his heart thinks about his business dealings and worldly affairs, and likewise the rest of the prayers, which are very long and in a language to which one is unaccustomed all day, which is why one can [easily] think alien thoughts.

“3) Such devotion in prayer needs to be taught by a wise and perceptive person…[who can] explain according to each person’s personality the meaning of prayer and its devotion and the subject of the Creator’s greatness and kindness…for in the words of prayer everything is indicated in great brevity, as was the way of the Prophets, who spoke briefly, and one phrase includes and bears many interpretations, as is known to those versant in Scripture.

“Therefore, those who know, who are called by the name ‘Rabbis,’ have the duty to teach and interpret to those who don’t know, and also to address them with words of inspiration to arouse and subdue their heart to G-d so they should request forgiveness for their sins with heartfelt devotion, because prayer with all Jews concludes with a request for Divine mercy for sins [tachanun], and also for human beings’ other needs such as healing and livelihood.

“All these subjects are stated in the Talmud and Midrashim, too, but not everyone is well-versed in them and one needs to learn them from one who is well-versed and understanding.

“4) Long-time custom among all Jews was that every town had two large buildings for prayer: a beis haknesses and a beis hamidrash. The beis haknesses was for the masses, who were busy with work all day, and most were not at all familiar with [Torah] works, and were unable to pray with such devotion; [they just said] the words of prayer three times daily.

The beis hamidrash was for those familiar with [Torah] works, to pray there with heartfelt devotion, at length, each according to his intelligence and heart feelings. [Torah] works written by our Sages two centuries ago [Shulchan Aruch, etc.] state explicitly that [some people] used to pray Shacharis at length every day for about two hours or more because of their lengthy heartfelt devotion.” 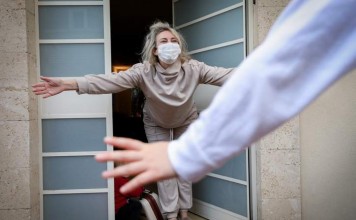