In last week’s column I published the first part of a letter written by one of our readers who related that this past year, circumstances had compelled her and her family to go away for Yom Tov, but she was terribly embarrassed by the behavior of many of the people in her group. Her discomfort started on the plane when she saw children running around unsupervised, making nuisances of themselves and disturbing the other passengers. This out -of-control behavior continued throughout the flight and at the hotel as well. In this, the second part of her letter, she comments on the chutzpadik inconsiderate attitude of married children who come home for Yom Tov. The following is as continuation of her letter:

Unfortunately, it is not only in hotels that I have encountered disrespectful behavior on the part of children. I am afraid that it is not very much better in our homes. This time I’m not referring to small children, but to young adults and marrieds as well.

My closest friend is the mother of six. Four of her children are married and two are still at home – a 17-year-old girl and 15-year-old-boy. Before Yom Tov, she told me that this year all her married children were coming home. You would think she would be very happy – well, she was, but had mixed feelings. Her children were coming with their own growing families and she didn’t quite know how she would manage. A month before Pesach, she kashered her kitchen and started to prepare, but all her planning did not prepare her for that which awaited her.

Her children treated her house as a hotel, with Mom being the chief cook, waitress, chambermaid and babysitter all rolled into one. By the time Pesach was over she was on the verge of collapse. She and I had a discussion and wondered what has happened to this generation. How is it that they have little or no regard for their parents? How did they develop this attitude of “It’s coming to me…you owe it to me I’m entitled?”

How is it that it doesn’t occur to them that Mom may need a rest and they should take over? How is it that they never think of cleaning up or picking up after their kids or taking over the kitchen duties so Mom can sit at the table?

“Having children come for Yom Tov,” she said half jokingly, is like ‘sasson v’simcha – joy and gladness.’ It’s sasson – joy, when they come, and simcha – even happier when they leave.”

So I asked my friend why she didn’t tell them that she is happy to see them, but they must assume some responsibilities and not dump everything on her.

Her response shocked me. “I was afraid – I don’t want to lose them,” she confided. “A long time ago,” she went on, “I learned that if you want to have a good relationship with your children, you have to zip your mouth and open your purse.” Unfortunately hers is not an isolated case.

Last week my married son told me that his friends don’t listen to anything their parents have to say – and they resent being told what to do. And this situation is no better when parents visit their children for Shabbos or Yom Tov.

One of my friends related that, when she visits her married children, she and her husband are always placed in the basement. The children do not consider that it might be difficult for parents to navigate stairs or to hear the kids banging and running overhead. And it doesn’t end there. They keep the house cold and are oblivious that as parents grow older their body temperature changes. They neglect their parents’ needs and do not consider what their diets may call for. They just don’t think.

After davening, they schmooze with friends and keep their parents waiting until they come home. What’s more, they sleep late and let their little ones run amok, expecting Bubbie and Zeide to take over. When my friend and her husband left after Yom Tov, they thought the entire family would escort them to the car, or at least the door. But no such thing; they didn’t even get up from where they were sitting.

“It was we, the grandparents, who had to go to say goodbye to them. Instead of the children thanking us for coming,” she went on, “we had to thank them, hoping that they would get the hint and reciprocate – they didn’t.” What it all amounts to is that if the little ones don’t behave, it is because the adult ones are not a proper example.

Year after year, all my friends complain about the same thing, but nothing changes. They don’t say anything because they are afraid of losing their children, and fear that they won’t be able to see their grandchildren, so they suffer silently – and the chutzpah keeps intensifying.

Rebbetzin, I know that you are busy writing about that which is happening in the world and, without a doubt we have much to worry about. But I truly believe that, first and foremost, we have a responsibility to clean up the mess in our homes and restore the Jewish family to its place of honor. It is children who must honor and show deference to parents and grandparents and not vice versa.

I feel sorry for this generation. They don’t understand the meaning of genuine Torah family life. Somewhere, somehow, we lost it. We have to get back on track and teach our children the meaning of Kibud Av V’Eim…honoring parents and grandparents without compromise. Sadly, I never had grandparents – they were all killed in concentration camps. I am so disappointed that the children of today do not appreciate the precious gift of a bubbie and zeide.

Nowadays, I find my satisfaction in reading a good book or just sitting outdoors and watching the flowers grow and praying to Hashem that He wake us up, that He teach us how to be good parents and respectful, loving children.

A Saddened Mother and Grandmother 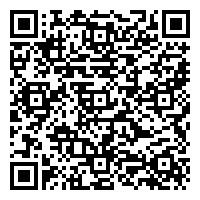