This coming week will mark the shloshim of Hagaon Harav Aharon Yehuda Leib Shteinman, zt”l. I dare not attempt to eulogize this spiritual giant, as anything I write will be an understatement. How can we describe his vast knowledge of Torah, his wisdom and insight, his life of simplicity, his holiness and joy, and his care and concern for every person in Klal Yisroel?

The Value of Humility

But what really cannot be described was his humility! I was present at several gatherings where he spoke. The multitudes danced and sang in his honor, but it was clear that it did not make any difference to him. Not only did he live that way, it was the message he impressed upon all those who came for advice. When people approached him regarding disputes, he would tell them to concede, saying that no one ever lost by giving in. I once brought someone to Rav Shteinman to receive a bracha for his daughter who was having trouble finding a shidduch. Rav Shteinman gave a warm bracha, but at the same time told him that if his daughter will have more humility and not be so picky she will find her chassan.

The truth is that humility is the prerequisite for tefillah, as it states in the Shulchan Aruch (Orach Chaim 93:2). “One should stand up to pray with fear and humility.” Let us see what Rav Shteinman said about this topic in a beautiful speech he gave 35 years ago. (See Yimalei Pi Tehilasecha Vol. II, 139-143, for the full speech.)

Rebbe Yehoshua ben Levi tells us (Sotah 5b) that one who has a humble spirit is extremely great in Hashem’s eyes. Hashem considers such a person to have offered all the sacrifices and He will not be disgusted by his prayers. This means that when a person prays, he must feel that he is nothing without Hashem, and that he is totally in Hashem’s hands. Otherwise, he can pray long and hard, but if he has haughtiness, his prayer is an abomination! How can we ensure that we pray with humility?

The Gemara in Pesachim (118a) tells us that perek 136 of Tehillim is called “The Great Hallel” because the 25th verse states: “He gives nourishment to all flesh, for His kindness endures forever.” Rashi explains that supplying food to all flesh is a very great matter. Similarly, the Gemara in Brachos (4b) states that one of the reasons we recite the chapter of Ashrei three times a day is that the 16th verse states, “You open Your hand and satisfy the desire of every living thing.” Here also Rashi explains that praising Hashem for giving sustenance to all life makes this a special chapter.

Why is this praise greater than all the others, such as the one that describes the wonders of creation, the great and majestic luminaries, and all the miracles of Yetziyas Mitzrayim?

The Point of our Praise

The fact that Hashem desires our praise is hard to understand, as the need to be praised is a human necessity, albeit an important one. Many people have died from not feeling appreciated or getting the praise they so dearly wanted. But since Hashem is perfect beyond any possible understanding of perfection, how could it be that He needs our praises? That would insinuate a certain lacking, which is impossible!

Furthermore, if a three-year-old child would begin praising a king, it would not mean much to the king. If that is the case regarding a human king, how much more so is this true regarding Hashem, whose distance from us is unfathomable. Why is He interested in the praises of feeble human beings?

The answer is that He truly does not need them for Himself – it is all for us. Hashem created the world in order to bestow kindness upon the entire creation – “Olam chesed yibaneh – He created a world of kindness” (Tehillim 89:3). We only need to take a quick look at our lives to see the abundance of good that Hashem constantly gives us. And all that pales in comparison to the great pleasure we will get in the world to come, of which even the greatest prophet could not get the tiniest glimpse.

The angels in heaven are also recipients of much kindness as they have immense pleasure from their continuous and deep understanding of Hashem. But the angels receive this pleasure free of charge, and therefore the kindness they receive is not comparable to what humans receive. Someone who receives things for free 24/7 doesn’t feel good about himself. The seforim refer to this as “nahama d’kisufa – bread of embarrassment” because the recipient is embarrassed before his benefactor (see Da’as Tevunos, siman 18). In order to give us full pleasure, Hashem gave us free will, which means that we actually earn our reward through choosing to fulfill His commandments. When a person faces his challenges in this world with emunah, he comes close to Hashem through his own labor, and there is no greater feeling of accomplishment than that.

Hashem created the world in a way that He “needs” our praise – again, for our sake. Every person believes, to a certain extent, that he is in charge of his own destiny and can manage on his own, which distances him from Hashem. Through praising Him, the person becomes aware of how much He is doing for him, which helps him become more subservient to Hashem. The barriers come crashing down and we get even closer to Hashem.

Now we can return to our original question, says Rav Shteinman. The reason the praise about sustenance is so important is that praises said without feeling do not get the same results as ones articulated with true emotion. True, the cosmos are absolutely breathtaking, and the human body consists of countless wonders, many that leave scientists baffled, but we are not cognizant of them on a daily basis. However, our food – that we need at least three times a day. Having our daily meals is something that means a lot to us, and when we say “Nosen lechem l’chol basar,” we say it with all our hearts. At the same time, it makes us realize how helpless we are without the constant supply of food that Hashem gives us. Look how weak we are on a fast day – without food we just don’t function in the same way. Recognizing that will help us approach Hashem in prayer with complete humility. The more we praise Hashem in regards to the wonders of the world He created, especially those that speak to our hearts, the humbler we will become, and, as a result, we will be more beloved to Hashem.

Concludes Rav Shteinman: Let us try, at least when we are actually davening, to truly feel that we are nothing without Hashem. Thinking, “I will do” and “I will make things happen” is an absolute lie! We can only accomplish if Hashem, in His great kindness, decides that it should work. If we daven with humility, we can hope that our tefillos will draw Hashem close to us. 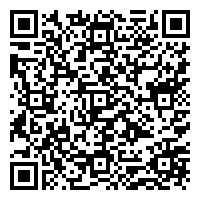