It’s election time here in Israel. Unfortunately what we are witnessing is a mudslinging display by most of the Israeli politicians, each one outdoing the other in insulting the prime minister and displaying arrogance and haughtiness. I am embarrassed; nothing is out of bounds here.

But in the midst of all this name calling by these so called leaders stands a man who is steadfast in his beliefs and is prepared to deal with any outside pressure to get his point across. The man is Prime Minister Binyamin Netanyahu. The pressure comes from the highest ranks of the American Government, from the president himself. It comes also from Jews living in the United States who have little knowledge or understanding of the daily challenges that face the people of Israel, yet throw around their opinions freely with little thought or with only insignificant familiarity with the issues.

Before my wife and I made aliyah a year and one half ago, I visited Israel 80 times – leading tours and attending family semachot. I always felt that when the time came for our eventual aliyah, my adjustment to Israel would be minimal given my knowledge of the country and its people. But there is a vast difference between living in Israel as a citizen and visiting it frequently. When one lives here you are faced with the enormous challenges that this small country undergoes daily, and you keenly understand how an extremist government such as Iran, with the appropriate weapons, could destroy Israel in one fell swoop.

I am impressed with the actions of our prime minister as he stands firm in his beliefs, defending himself not only against considerable factions of world opinion, but even against the so-called leaders of Israel who criticize him daily and stop at nothing to undermine his efforts to defend our beloved Israel against maniacs who would jump at any chance to destroy it. At such a time these leaders of ours should be supportive of the convictions of this brave man.

However, In the midst of all this turmoil, I am reminded of the story of Purim which occurred in Persia, the same modern day Iran, in which Mordechai, who came from the tribe of Benjamin, single handedly faced the enemy of the Jews, Haman, who was bent on the destruction of all the Jews in the Persian Empire. He chose the fourteenth of Adar to carry out his vicious agenda. Despite the fact that everyone did not agree with Mordechai, he maintained his convictions and through his efforts and the efforts of Queen Esther, averted the decree and saved the Jews of the entire Persian Empire. Because of this victory we now celebrate the holiday of Purim reminding us of this great victory.

How ironic and remarkable, in our times, as we celebrate Purim commemorating the victory of Mordechai and Esther and the deliverance of the Jewish people from death and annihilation, a lone man, whose name is Benjamin, in the same month of Adar, will speak at a joint session of congress to once again try to avert the destructive intentions of Iran, the modern day Persia, and attempt to convince the people of the world of the great danger of Iran’s Nuclear development and its threat upon Israel and humanity in general.

Such leadership and conviction should be lauded by all Jews the world over. I know that I am honored and proud of his efforts and I support him whole-heartedly.

I hope and pray that Prime Minister Binyamin Netanyahu will be as successful as his historical counterpart of old, Mordechai, in convincing the world of the dangers of this modern day Persia, and his words will make the proper impact necessary to stop once again this dangerous and barbaric nation of Iran. 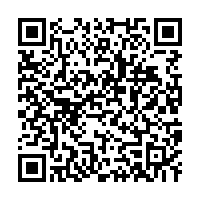