I would appreciate some clarification regarding your articles on clashing opinions in marriage. In my marriage, there are some issues that I’m convinced I’m right about, but my husband won’t see any side except his own. I am very often envious of my friends who seem to have a perfect marriage of mutual respect and understanding.


You wrote that it’s often good for a husband and wife to have differing opinions, but wouldn’t it be better if they agreed so they could easily work together towards their common goals?

Answer: I can imagine it must be very upsetting to be in the position you describe, convinced of an opinion, only to meet opposition from the person you expect to collaborate with you most.

But, if I may: Have you ever considered that your spouse may carry the same thoughts you do – “There are some issues I’m convinced I’m right about, but my wife won’t see any side except her own”? Have you ever wondered why he opposes you so forcefully?

Since you didn’t share the nature of the topics that are causing conflict in your marriage, I will offer a general answer based on several laws of human nature.

Law 1: The way people respond to us is directly related to the way we address them. When people feel threatened, they respond by protecting themselves. This feeling can be caused by something as subtle as a tone of voice or a look. Anything that carries even a scent of a threat will cause the other to react negatively.

Law 2: Listening intensively to what another person has to say works magic. The more we practice this enchanting behavior, the more likely we will be heard. It’s a shame that when we feel strongly about something, we fall into the trap of presenting it too forcefully, thus impairing the listener’s ability to accept our view. Our greatest enemy is ourselves! It is we who create antagonism by pushing our point too strongly.

When we do so, disagreement about substance quickly degenerate into ego struggles. Who’s going to win? Whose opinion will prevail? The stronger we present our position, the less chance it will be accepted. Consequently, if one feel’s very sure about his viewpoint, he would be advised to create a space for the other party to express his position, recognize its value, and even legitimize it.

Years ago, a mother of a 12-year-old boy contacted me. Her son had studied out of town for several years and now needed to be enrolled in an educational institution in the town they lived in. Choosing the school he would attend was crucial since the boy presented a real challenge. She was convinced, though, that she knew the perfect place for him to thrive.

The problem was that her husband disagreed. He thought a different school was better for him, which upset her very much. She was exasperated, and her discussions with her husband soon turned into loud arguments that she knew were certainly not helping her son.

She came to me for advice. I shared with her the thoughts I outlined above, and two weeks later, she called me jubilant, asking me, “How did you know?” Excitedly, she told me that she had gone home and told her husband she wished to understand his reasoning. He was surprised and she, in turn, after listening to him, was amazed to realize there was some sense to his reasoning.

A productive conversation developed during which she was able to accept his position without pushing for her own. The calm discussion that ensued later led – you guessed it – to him ultimately recognizing the advantages of the school his wife had felt so strongly about. The boy went to that school with both mother and father on board.

Such is the nature of a “perfect marriage of mutual respect and understanding” that you mention in your question. 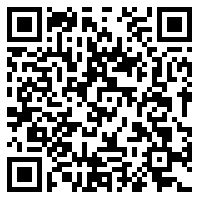