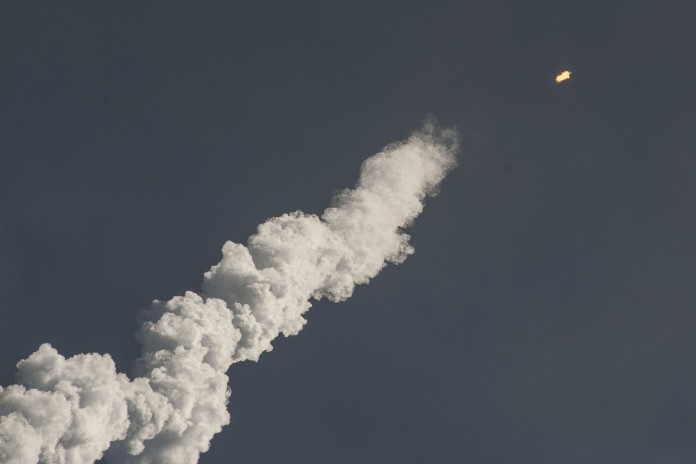 
Bryen cited the three series of blasts that destroyed the Beirut Port and caused extensive damage and displacement, deaths, and injuries of Lebanese people. The rocket motors may have been underground in the network of tunnels under the port and connected to Beirut airport. This he pointed out were revealed in six seismic signatures. The red plume of the explosion is indicative of rocket fuel oxidizers. The third component was the ammonia nitrate. Bryen noted Russian ad other reports that there may not have been over 2,700 tons, but perhaps less than 600 tons involved. The rest have been used for other purposes including IED terror attacks. Normally the explosive ammonia nitrate has a shelf life of less than six months. Bryen disputes Lebanese Army reports of sewers being uncovered not tunnels. However, he noted that Israel has reported since 2018 Hezbollah tunneling creating missile workshops in the Beirut Port.

Bryant raised the 1947 Texas City, Texas blast of 2,300 tons of Ammonia nitrate that in turn ignited oil storage tanks was triggered by a fire aboard a French ship was being loaded. The blast that killed over 581, injuring more than 8, 400 and could be heard for 100 miles. Bryen cited similar ammonia nitrate blasts in France but also the use in terrorist attacks. The lost notable being the 1995 Oklahoma City Federal Alfred P. Murrah Building truck bombing that killed 168, Injuring hundreds. That largest US terrorist attack before 9/11 used hundreds of pounds of ammonia nitrate in a shaped charge, mixed with racing fuel oil.

The discussion of Iran’s Mahan Air flights engaged in supply of precision missile components to Hezbollah tunnel workshops via the adjacent Beirut Airport was raised. Bryen noted the recent provocative Mahan Air overflights of the US Al-Tanf base in Syria suspected of engaging in aerial photo reconnaissance in violation of the deconfliction agreement with Russia that maintains a 55-mile radius. He noted the dispatch of two US F-15s from the Jordanian airbase at Al Azraq and the evasive actions of the Mahan Air A-320 airbus.

Bryen drew attention to the significance of the recent test of the upgraded Israeli Arrow 2 Block 5 missile defense system that began development in 1982. The longer range strategic exo-atmospheric Arrow 3 system was successfully tested in Alaska in 2019. The Arrow 2, which also has exo-atmospheric capabilities provides more tactical layer of defense against Iran’s nuclear warhead equipped missiles under development. The test involved use of the Israel Green Pine that support the Arrow Missile systems and US TPY2 radar systems – the latter used for the US THAAD system deployed in Saudi Arabia. Bryen noted the potential use of the Arrow 2 against the Hezbollah threat to the Israel port of Haifa using the Iranian
Zelzal missiles modified with GPS systems. The merger of both Arrows system with these radar systems would enable discriminating decoy versus activated warheads enabling higher and sooner kill levels of incoming nuclear tipped missiles. Bryen said this is a big step in early warning for both Israel, the US, and other allies in the Middle East region.

Recent announcement indicated that the US Army may have changed its mind on production of the Iron Dome system. Heretofore, the Army had purchased two batteries, but complained that no source code had been provided ad allegedly it did not work against cruise missiles, a threat for which it was not intended. Bryen noted the more than 2000 successive kills by the Iron Dome against Hamas and PIJ rocket and short-range missile launches. Further, Iron Dome distinguishes between incoming threats and those that do not pose a threat as it is an AI-driven system. Both Bryant and Bryen gave as an example the failure of the CIWS (Close in Weapons Systems – also used aboard US Navy vessels) ) to take down incoming Iranian missiles exploding overhead during the strike at Al Asad airbase in Syria that resulted in significant casualties and damage.

Gordon raised the use of lasers to contend with the renewed threat to Israeli southern communities from explosive balloons and kites attacking infrastructure- forests, farms, and injuring civilians. Bryen noted that the system was developed by a team at Ben Gurion University who formed a company called OPTI Defense systems. The OPTI Light Blade (“Lahav-Or” system) relies on thermal cameras to target and destroy balloons, kites, and UAVs.

Bryen considers the normalization of relations between the UAE and Israel as an indication of how far geo-politics in the region have changed since the late Egyptian President Anwar Sadat traveled to Jerusalem in 1977 to initiate a peace agreement. This occurred despite the Mossad assassination in January 2010 of a Hamas arms dealer Mahmoud al-Mabhouh in Dubai. al-Mabhouh was responsible for killing two Israel soldiers in1989 and at the time of his assassination was trying to purchase Iranian arms for use in Gaza. This dramatic change occurred because of the common agenda of Israel, the US and many of the Gulf States and Saudi Arabia with the rise of the Iran threat became the nexus for regional cooperation.

On Erdogan’s Threat to the Eastern Mediterranean.

In response to a question about the rising threat of Turkey under Erdogan to destabilize the Triple Alliance of Greece, Cyprus and Israel in the important Eastern Mediterranean gas and energy development, Bryen responded that this is a NATO and US problem. The hope to get Erdogan in line, in Bryen’s view “won’t happen”. 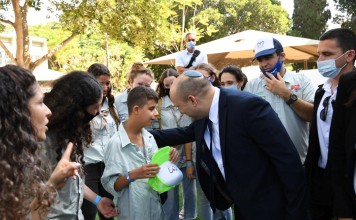 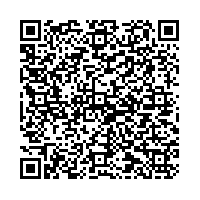