After a court order to destroy yet more Jewish homes in Judea & Samaria, thousands of Israelis gather in Netiv HaAvot to protest to show their opposition. Josh Hasten, a Jewish activist who manages the Gush Etzion Foundation, joins Tamar Yonah LIVE, from the scene.

Also, what are the roots of the Reform & Conservative streams of Judaism and where is it leading American Jews to, today? Tamar reads you a shocking article on what seems to be Jewish anti-Semties, and what one figure head is calling for. You won’t believe it!
Read the article here: https://www.jpost.com/Opinion/If-not-now-then-when-559456 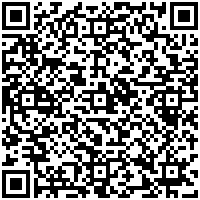