The Election of 2019 will be long remembered. Not only for Prime Minister Netanyahu’s fifth term in the job, but also that the Central Election Committee under Judge Hanan Melcer have not yet learned how to control and supervise the voting and how to conduct the count. It is a ‘shameful shambles’. Even Tomorrow Wednesday, there will be ANOTHER final result !

And: We landed on the moon; – well crash landed – and not quite the way it was planned; but somewhere on the surface is the Israeli flag and the time capsule explaining Israel to future generation who will no doubt explore the moon

Also: An expert’s view on the pressing problem for the next government. The neutralisation of Gaza.

How: Walter sees the effect of US domestic policies of their legislature on
Jews in General and on Israel in particular.

Hear: An outsider’s view on Israel’s entries for the recent and coming Eurovision Song Contest.

Plus: A disturbing report from today’s Germany. 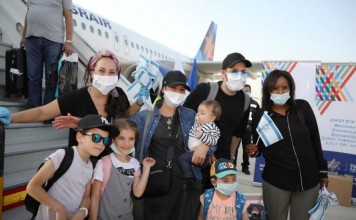