Acclaimed Swedish film-maker Bo Persson is in Israel this month for two screenings of his intensely powerful film about terrorism and anti-Semitism ‘Watching the Moon at Night’. He speaks with Eve about being inspired by eminent historian Walter Laqueur, who appears in the film along with the late French writer and philosopher André Glucksmann and the late historian of anti-Semitism, Robert S. Wistrich. Zuhdi Jasser and other brave, moderate Muslims are also interviewed.


We have seen this “film” before; an ideology that gets out of control and imperialistic only when allowed to by ignorance- whether unintentional or due to the truth being suppressed. Neutrality is not an option and is also a myth, as Bo eloquently explains about his native country during WW2.

Get this film, Watching the Moon at Night, screened in your community to a packed house. Your future may well depend on it. 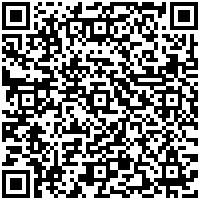