MK Hanin Zoabi (Joint Arab List) on Wednesday refused an invitation to the final memorial rally of Holocaust Day at Kibbutz Yad Mordechai (named after Mordechai Anielewicz, commander of the Jewish underground in the Warsaw Ghetto Uprising). Zoabi said that “the lessons of the Holocaust should not be taught in order to increase the motivation to defend oneself by humiliating and repressing [others].” The organizers, the Havatselet group, invited all 120 Knesset members to the event on May 5.

Zoabi began her letter to the group saying she was honored to “participate in marking a human tragedy that took the lives of millions of people, and showed how far down it is possible to dive to the depths of human horror, to the boundary of the absurd and the loss of the human image.”


Then she noted, “It is an honor for me to stand in memory of the victims, but it is just as important to sound the alert for you regarding that which preceded the Holocaust and paved the road to it. And precisely for that reason I decided to refuse your invitation.”

“The memory you are reviving is not the same memory the victims now symbolize.” According to Zoabi, “the learning of the Holocaust lessons in the state is done selectively and manipulatively. … You shouldn’t teach the lessons of the Holocaust by adopting a policy of closure, extortion, robbery and murder, extrajudicial executions, arrests without a trial, torture, gag orders, persecution of demonstrators and political activists. It would be a cynical, selective, distorted exploitation against the spirit of the Holocaust.”

“You shouldn’t teach the lessons of the Holocaust when you don’t recognize the frightening likeness between what’s going on around us today and what took place in Germany in the 1930s,” Zoabi wrote.

The Havatselet group released a statement saying, “The assembly is a-political and the memory of the Holocaust is important to all mankind regardless of religion, race or sex.” 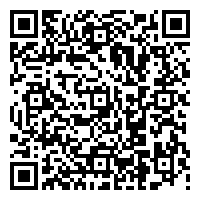