Arab women and children who have spent more than a week harassing Jewish visitors to the Temple Mount were barred from entering the site this morning (Tuesday, August 25) by security forces.

Adult Arab men with Israeli identification cards are being allowed to enter the site, according to Israel Police, but are being asked to leave within a half hour of their entry. In addition, Israel Police are not allowing the men to gather in groups at the exit of the Temple Mount, next to Ohel Yitzchak and harass Jews, as has happened in the past.


There have been reports of clashes at the exit gates of the Temple Mount near Ohel Yitzchak with Muslims who were pushed back after they had attempted to attack Jews within the compound.

Nevertheless, visits to the site were allowed to continue despite the attempted provocations, which are aimed precisely at forcing the police to close the site to non-Muslims.

The restrictions came in the wake of recent violence by the burka-clad women and Arab children, who were terrorizing every Jewish visitor to the site. The Arab hecklers clearly answered to Islamic authorities, who were seen in several videos telling them to be quiet during questioning at the entrance to the site — and they immediately lowered the volume of their chants.

Once away from the entrance, however, the Arab women and children instantly resumed clapping their hands in visitors’ faces, bursting water balloons and popping other balloons, and incessantly screaming “Allahu Akbar! (God is Great) at the top of their lungs, crowding as close to the Jews as possible.

Last week one burka-clad Arab woman viciously punched an elderly Jewish woman in the ribs and then swiftly slipped back among the other burka-clad women; it was impossible to know who was guilty of the assault. 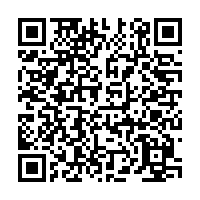