Panicky children were treated for shock on Wednesday after their bus came under a hail of rocks in a stoning attack as it traveled south of the busy “T-junction.”

The Hatzolah emergency service of Judea and Samaria reports that at least two of the children suffered severe trauma after seeing the windshield of the bus smashed by a large rock hurled by an Arab terrorist.

No other physical injuries were reported in the attack. 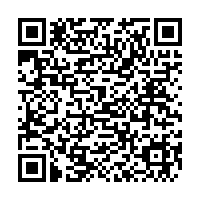