It has become a regular fashion statement for radical Islamist clerics to rise to the podium in pristine dark robes and snow-white keffiyahs in order to preach new ways to murder Jews.

Among the Gaza crowd in particular it is de rigeur for Islamist preachers to find a spare but elegantly appointed archway from which to deliver the words of “glory,” so cameras will have a nice but neutral backdrop for the deliverer of the ‘hellfire.’


On October 23, Abu Hamza Shour exhorted followers at a Gaza mosque during his Friday sermon to “poison their daggers” and “blow up” Jews in “martyrdom operations.”

The sermon, posted on the Internet, was picked up and translated by the Middle East Media Research Institute (MEMRI).

“The time for demonstrations and rallies is over, and so is the time for pleading for help,” the cleric said.

“O son of the West Bank rage! By Allah, only rage will liberate this land.

“O people of the West Bank, kill them! Poison your daggers, and then stab or slaughter them.

“Blow them up, shed their blood, pounce on them, dismember them, paralyze them, make the earth quake under their feet, trample on their heads.

Abu Hamza Ashour held up the explosives belt, saying to the imaginary Jews in the audience: “This is what awaits you. This is what is being prepared for you. This is your nightmare. This is what the mujahedeen are preparing for you. (This sounds a little like the chant that Jews say during the kapparot ceremony that is performed each year prior to Yom Kippur, in which the repentent sinner expresses remorse and transfers his or her sins to a live chicken — or money — in order to expiate the aforementioned sins.)

“By Allah, we will use it to turn you into body parts, and we will send you messages written in blood.

“By Allah, we will annihilate you with it. We will turn you into lifeless corpses, and into scattered body parts, Allah willing. This is what will liberate our land, Allah willing. 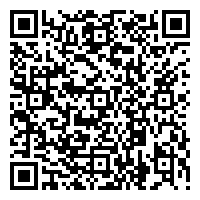