Signing off now for (early) Shabbat. Shabbat Shalom. May all of Israel be safe this Shabbat, and may our IDF soldiers be victorious.

4:14pm Reports that a wounded Gazan terrorist was taken to Soroka hospital in Be’er Sheva a half-hour ago.

3:57pm Sirens Eshkol, Sdot Negev (by the time you read this, the rockets will have hit).

11:56 Defense Minister Moshe Ya’alon says that the ground invasion of Gaza will continue until all of its objectives have been reached. (Jpost

10:02am Cleared for publication: The name of the soldier killed in Gaza is Sgt. Eitan Barak (20) from Herzliya, Nachal Combat Brigade.

5 IDF soldier were wounded in the first hours of fighting. 1 with a head wound from a mortar – in serious condition. 2 in moderate condition from gunfire, and 2 lightly injured from rocket shrapnel. One of the lightly wounded soldiers has already been discharged to his home. All the soldiers were treated at Soroka hospital in Beer Sheva.

8:20 am Eshkol resident told to stay within 15 seconds distance from bomb shelter.

8:01 am 103 targets attacked so far in IDF ground operation in Gaza between 8pm Thursday to 6:00am Friday.

7:30am IDF Spokesman: An IDF soldier was killed last night in ground activities in the Gaza strip. His family has been notified.

2:48am Rocket alerts in Ashkelon and Hof Ashkelon regions. x2

1:28am Hamas Spokesman Abu Zahari, “Israel will pay heavily for the ground op.”

12:37am IDF asks Cabinet for permission to call up 18,000 more reservists. Request approved!

12:18am IDF Southern Command announces that all residents of the southern communities, specifically Otef Aza, should remain in their bomb shelters throughout the night. The IDF will provide an update in the morning for the coming day.

12:09am (Friday) IDF military correspondents report that Gaza has been totally blacked out by the IDF. It appears that all electricity to Gaza has been shut off.

No reports yet of clashes yet between IDF forces and the terrorists in Gaza.

The decision to enter Gaza was unanimous.

Minister Naftali Bennett said, “It is time to move from the Iron Dome to the Iron Fist.”

11:45pm (Thursday) Large ground forces of the IDF entered a short time ago into a focused action to destroy the terrorist infrastructure in the Gaza Strip.

The IDF has begun on the next level in the levels of actions of Operation Protective Edge, and at this stage of the operation a number of forces are at work in the Gaza Strip territory: infantry, armored tanks, engineering corps, artillery, and intelligence, with cooperation between the air force and navy and assistance from the Shin Bet and other security forces, all under the Southern Command.

This latest IDF action was put into motion following the political echelon’s decision and in accordance with the IDF’s operational plans, and it will continue as per situational evaluation of the IDF General Staff. The forces taking part in the operation are on a very high level of readiness for their tasks after an extensive period of preparatory exercises and thorough planning stages.

The IDF Spokesperson announced that at this stage of the operation is taking place as a continuation of its goals that have already been achieved and in order to bring about continued severe damage to the Hamas terror organization and a better security situation.

The IDF and the Home Front Command have taken the necessary steps in all relevant areas and the residents of these areas are called upon to pay heed to the defense instructions as they are announced in the media. 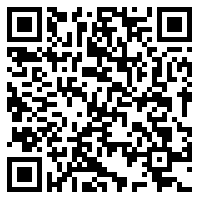