A recent joint operation by Israeli military, police, customs and tax officials and Shin Bet intelligence agents has turned up a massive shipment of military parts headed for Gaza from Hebron. It is also now clear there is a Hamas manufacturing facility in the ancient Judean city.

Terrorists were caught red-handed with contraband – weaponry parts – at the Tarqumiya crossing near Hebron with a large shipment headed for the Kerem Shalom crossing into Gaza.

The shipment was listed as textiles and jewelry, and was huge, according to a statement by security officials.

But hidden among the goods were a lot of electric motors that are useful for building tunnels – attack tunnels – and special cuttings for mortars and rockets.

Gaza’s ruling Hamas terrorist organization has, in fact, a manufacturing and distribution center set up in Hebron, with a plant there to produce parts for its war machine.

Imagine what might have happened, if the Tarqumiya checkpoint no longer existed?

Or if the Kerem Shalom crossing were simply wide open, as Turkey continues to demand? 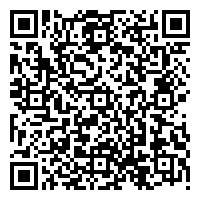