Israel rejected the claim by the Hamas terror organization that the rocket fired from Gaza Monday morning that demolished a home in the center of the country and wounded seven Israelis was launched by mistake.

Hamas claimed on Arab TV networks that the rocket was fired “by mistake,” possibly caused by the stormy weather, echoing a similar claim from 11 days ago when it fired two long-range rockets at Tel Aviv, an attack which elicited a broad Israel Air Force (IAF) strike on some 100 terror targets in Gaza.

Israel’s Foreign Ministry Spokesman Emmanuel Nahshon rejected Hamas’ claim, stating that “as well as being an organization of evil genocidal murderers, they are also cowards.”

“This is a deliberate and dangerous act of aggression by Palestinian terrorists. We will not allow this!” he added.

The IDF said that the rocket fired was a 120mm long-range rocket domestically produced by Hamas. The IDF did not state if Hamas fired the rocket deliberately or by mistake.

However, Israel has shut down its crossings into Gaza and has announced it is limiting the fishing zones off the coast in the Strip. The IDF has begun to move two divisions, one armored and one infantry, to the border with Gaza, and has commenced with a limited call-up of IDF reserves, mostly intelligence personnel and Iron Dome troops. 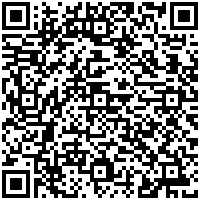