Gymnast Linoy Ashram of Israel has been crowned the 2020 European all-around Champion in Rhythmic Gymnastics in Kyiv, Ukraine, winning Gold in a close final against Belarussian Alina Harnasko.

Ashram is the first Israeli to win an all-around gold medal in the biennial competition and the first non-Russian athlete to do so in 23 years. Mazel tov!

Ashram performed a magnificent hoop routine, scoring 26.5000, equaling Harnasko’s total score. Both gymnasts had the same execution score over all four apparatus as well, but when the technical deductions were taken into account, Ashram finally moved into the lead. Harnasko thus took silver. Anastasia Salos, also of Belarussia took bronze.

Ashram’s gold was the second one for Israel this weekend — the Israeli team won the group title on Friday as well. 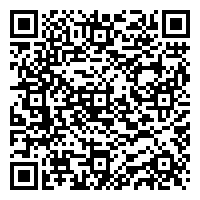