Reuters reported it was the end of the legislative body’s four-year term. But the move also had the effect of breaking week-long protests, and riots on Friday by hundreds of residents in the ancient city of Petra — a major tourist attraction — where Jordanians allegedly were rampaging over “fraudulent investments,” according to the English-language Jordan Times.

The decree came barely a week after an extraordinary session in which the Jordanian Parliament voted to allow Israeli companies to invest in the country. At the time, the king endorsed the decision and issued a decree to end the session at the end of last week, according to Albawaba. The vote was considered very controversial and there was widespread public outcry following the session. Specifically, the Jordanian Parliament voted not to exclude Israel from its National Investment Fund.

Originally, last Sunday morning (May 22) Parliament members had voted to exclude Israel from the Jordanian Investment Fund. But in the evening session, a re-vote was called, and the majority of parliament members instead voted to allow Israeli involvement.

“In a particularly shocking turn in the struggle over the new investment law, several vocally pro-Palestine politicians voted in favor of trade with Israel,” Albawaba reported.

“Among them was Rodaina Al Ati, a member of Jordan’s Palestine Committee who has made a name for herself by supporting the Palestinian cause. Jordan’s Arab Progressive Baath Party expelled Al Ati for her vote, and social media users launched a campaign of ridicule and criticism against her.”

The Jordanian Investment Law establishes the Jordan Investment Fund, which oversees development projects and those which foreign funds can invest in. The decision to allow Israel to participate in the fund was seen as a blow to the BDS (boycott, divest and sanctions) movement.

The primary opposition to the monarchy in Jordan is that of the Muslim Brotherhood movement.

However, according to Reuters it was tribal lawmakers who has dominated the last parliament, resisting any change that might have undermined their influence or sabotaged their ability to control the legislative body. The system favors those tribal regions which are sparsely populated and which benefit most from state patronage, and the support of the monarchy, Lebanon’s Daily Star newspaper pointed out.

The reversal of the original decision has provoked outrage in Jordan, inasmuch as it also enables foreign companies to invest in Jordan. 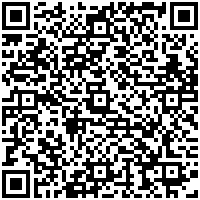