The bodies of the three Israeli teens, kidnapped on June 12, were found in Judea by civilian volunteers working with IDF security forces Monday evening in a cave near the Palestinian Authority Arab village of Halhul just off Highway 60, slightly north of Hevron.


A spokesperson for the security establishment announced Monday evening the operation would continue until the murderers were found.

Two Hamas terrorists who are known to the Israel Security Agency (Shin Bet) and who both disappeared from their homes hours before the kidnapping have still not appeared since the time of the attack.

Marwan Qawasmeh and Amer Abu Aisha were both named by the Shin Bet as prime suspects in the kidnapping – and now in connection with the murders. In addition, Abu Aisha’s father Omar Abu Aisha, who also has served time in Israeli prisons and is a known Hamas terrorist was taken into custody for questioning on Sunday. 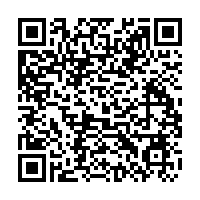