The Rabbinic organization Beit Hillel — Attentive Torah Leadership on Sunday issued an extensive opinion calling on Orthodox communities to include gays and lesbians in the entire gamut of religious life, including acceptance in the synagogue and, for the men, Torah aliyahs and even leading the congregation in prayer — while not endorsing the homosexual act itself which is forbidden by the Torah.

The document was introduced Sunday night at a forum in Ra’anana that included the parents of the late Shira Banki who was murdered during the Jerusalem gay pride parade last summer. Titled “The Community and People with Same-Sex Tendencies — A Position Paper in the Spirit of Halakha,” the Beit Hillel document stresses that the “prohibition against same-sex relations is from the Torah. And the Torah is eternal and will never be replaced, which is why there is no way to permit same-sex relations.” Nevertheless, the Beit Hillel document continues, “according to Torah it is the actions which are prohibited and not the tendency, and therefore people with same-sex tendencies, men and women, are not halakhically or morally blemished per se. They are obligated by the Torah commandments, may be counted on to “be motzi” the congregation (as in leading the congregation in prayer and reading the haftorah), and serve in every communal capacity like any other member. [Still,] because of their sexual tendencies their lives are usually harder than others’ and they face many challenges.”

The document is not revolutionary in its halakhic decisions, separating between the sin and the sinner. It essentially follows the path laid down by the late Rabbi Aharon Lichtenstein, a world authority in Jewish law who was also a national-religious Orthodox Jew and dean of Yeshivat Har Etzion in Judea. He suggested that there was no difference between the level of sin of a homosexual couple and that of a Jew desecrating the Shabbat. In fact, it could be said that the latter sin may be considered worse because it is often committed in public, while the intimate sin is more likely to take place in the privacy of one’s home.

The Beit Hillel document is more interested in the treatment of gays by the individual Orthodox communities than it is with offering innovative solutions to Orthodox gays. It prohibits shaming or otherwise humiliating gays, and, in fact, since Rabbi Elazar ben Azaria opined that the knowledge of how to rebuke properly has been lost to us (Arakhin 16b), we should probably abstain from publicly rebuking gay people.

The rabbinic organization Beit Hillel was founded in 2012 by Religious-Zionist rabbis led by Rabbi Ronen Neubert who was the CEO until 2015. Other renowned members are Rabbis Meir Nehorai, Ohad Tehar-Lev, Yehuda Gilad, Amnon Bazak, Shlomo Riskin, Esther Rosenberg, head of the Women’s Beit Misdrash in Migdal Oz, and Dr. Aviad HaCohen, dean of Shaarei Mishpat College. Beit Hillel receives most of its funding from abroad.

Rabbi Nhorai, the new CEO of Beit Hillel, told the Ra’anan forum Sunday night: “It’s no secret that we have preferred to ignore and nor debate this topic. It was beyond the boundaries. The time has come to deal bravely and honestly with ways to include [gays] in the community. The success depends on both sides together. [It requires new] thinking inside the community but also by the LGBTs. This is a process and not a magical solution — today we’ve opened the dialog.”

According to Ha’aretz, the Havruta organization of Orthodox gays, described the Beit Hillel document as “historic” and a “significant milestone in our ongoing struggle for recognition, acceptance and inclusion without having to go back into the closet. We are proud of the fact that our position was considered in the writing of this historic document, and hope that it will open a conversation among equals.” 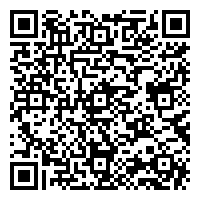