Israeli police have arrested a Palestinian Authority teenager for holding an Israeli woman at knifepoint.

A resident of Tulkarm, located east of Netanya, allegedly pressed a knife to the neck of a woman from the northern Israeli community of Kfar Tabor, according to Haaretz. The man had apparently crossed into Israel illegally and was working in construction in the village.

The victim was saved when a nearby woman heard a scream and called to her husband, an off-duty police officer. The policeman pointed a gun at the Palestinian man, demanded he release the woman, and held him until police arrived to arrest him.

Police said it is unclear if the crime was nationalistic or criminal. 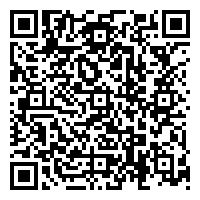