Supporters of Jonathan Pollard called Hillary Clinton’s remarks rejecting his possible clemency “a resounding slap in the face” to Israel’s leaders and its people.

“With respect to Mr. Pollard, he was convicted of spying in 1987, he was sentenced to life in prison, he is serving that sentence, and I do not have any expectations that that is going to change,” Clinton, the U.S. secretary of state, said Monday night during a news conference in Jerusalem in answer to a reporter’s question about Pollard, a civilian U.S. Navy intelligence analyst who was convicted of spying for Israel.

The Committee to Bring Jonathan Pollard Home and Justice for Jonathan Pollard said in a statement issued Tuesday that Clinton’s remarks “stunned her Israeli hosts and marred the warm reception she received from the Israeli public.” The statement noted Pollard’s “unprecedented 27 years in prison.”

Pollard supporters expressed anger in the statement that Clinton offered no explanation “as to why the U.S. wants to keep the aging and very ill Pollard in prison forever” and called for an official response to numerous formal requests for clemency for Pollard from Clinton’s boss, President Obama.

Clinton, while campaigning for the U.S. Senate in 2000, said that she had concerns about “due process issues regarding Jonathan Pollard’s sentence.”

Pollard has been at the Butner Federal Correctional Complex in North Carolina since his arrest in 1986. A succession of presidents has refused to grant clemency to Pollard since he was sentenced to life in 1987.

The calls to release Pollard, who is said to be in ill health, have intensified in recent months, with pleas from lawmakers and former top officials of both parties. 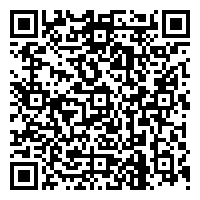