US Special Envoy to the Middle East Jason Dov Greenblatt met with settlement leaders Yossi Dagan of the Shomron Council and Oded Revivi, the Mayor of Efrat and head of the Moetzet Yesha foreign desk.

The three met at the King David Hotel on Thursday and discussed settlements, according to a report in Makor Rishon.


Dagan and Revivi reportedly told Greenblatt that the Obama era is over, and there is no difference between Jewish communities in Judea and Samaria in the settlement blocs or outside of them, that they are against the establishment of a Palestinian State, and are against any partial or full settlement freeze.

In response to this article, Oded Revivi wrote on Facebook,

“Can’t tell you what was said in the meeting. Can guarantee that the quote in the article was not said.”

“I actually believe you. As you have, for a long time, been in favor of isolating the settlement blocs from our brothers and sisters in the other settlements, and are on record as willing to give up Efrat for a peace treaty, I seriously doubt that you said what was attributed. Your record on this issue speaks for itself.
Maybe Yossi Dagan said something like this. Maybe not. But YOU certainly didn’t. It’s OK though. The Yesha Council has no real following amongst Yesha residents. It’s a self appointed organization which basically exists to promote the personal careers of whoever decides to get involved in it.”

While there’s been much praise for Greenblatt’s professionalism during his meetings with Israeli and Arab officials, the Trump administration seems determined to get themselves stuck in the endless muck of peace talks.

On the other hand, it is certainly an improvement that a senior member of the US administration met with settler leaders, so perhaps this time around the US will try a different approach that takes into consideration Israel’s historic, legal, just and indigenous rights to the entire Land of Israel. 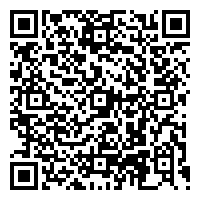