An Arab terrorist armed with a hatchet attacked an IDF soldier in El Arub, which is between the Gush Etzion junction and Kiryat Arba. The attack happened early Thursday afternoon.

According to Hatzalah, the soldier was hit in the head, but was protected by his helmet and only lightly injured. The terrorist had been hiding in the bushes and attacked as the soldier passed by.


The terrorist was shot and killed by a second soldier who pumped 4 bullets into the terrorist. 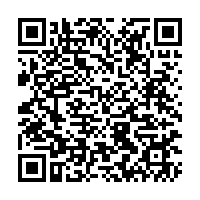