Security police arrested a 16-year-old boy in Yitzhar on Wednesday for throwing rocks at police during the morning, one day after 50 young people went on a rampage, clashed with Border Police and ransacked a post manned by Israeli army reservists.

Leaders across the political spectrum have called for a stop to the violence by extreme settlers, and they want prompt and harsh action taken against troublemakers. Knesset Member Elazar Stern, one of six MKS in Tzipi Livni’s HaTnuah party, said that security forces should treat Yitzhar like any other area that hosts terrorists.


Almost of Yitzhar’s 220 families are firmly against the violence and are frustrated that no one has been able to stop the “price tag” vandalism, a spokeswoman for the Shomron Regional Council told The Jewish Press Tuesday.

President Shimon Peres, who is visiting China said in a statement,  “Since the creation of the State of Israel, the IDF has been the most valuable thing to the Israeli people and we must not let a group of punks harm it. 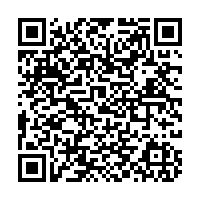