In a virtual award ceremony from Moscow Tuesday night, Israel’s Prime Minister Benjamin Netanyahu noted that “relations between Israel and Russia have been growing stronger” thanks to the leadership of Russia’s President Vladimir Putin.

The Russian Jewish Congress has presented Israeli Prime Minister Benjamin Netanyahu with its ‘Global Influence Award’ “for an invaluable contribution to upholding peace and security.”


Netanyahu received the award held November 18 2020 in a virtual ceremony due to the circumstances of the current COVID-19 pandemic. He thanked his presenters and the Russian Jewish community in a special video message: “The decision to bestow this award on the prime minister of Israel is a testament to your unequivocal and unwavering support for the State of Israel, support that is much appreciated by the people of Israel and by me personally,” he said.

“I appreciate your tireless efforts to strengthen Russian Jewry, to bolster Jewish education, Jewish heritage, Jewish identity, to enhance Jewish communal cultural and spiritual life, to fight anti-Semitism, to ensure Holocaust remembrance. I’m grateful for the respect and support President Putin gives to Russia’s Jewish community. Under his leadership, relations between Israel and Russia have been growing stronger,” Netanyahu said.

Entrepreneur and philanthropist Viktor Vekselberg, a member of the RJC executive committee, congratulated the prime minister at the presentation. “Benjamin Netanyahu has devoted his life to the security not only of his country, but the whole Middle East, one of the world’s biggest hotspots,” Vekselberg said.

“The fact that today, thanks to Netanyahu’s efforts, fewer and fewer Arab nations continue to consider themselves Israel’s sworn enemies, but, instead, are becoming its partners in order to face common challenges together, is a major achievement in attaining peace and true security.”

Funds raised by the RJC during this year’s online charitable marathon will go toward delivering food packages to the elderly, providing personal protective equipment (PPE) for frontline workers who care for bedridden patients, and for continued funding for the organization’s longstanding programs which include “Caregivers,” “Companions”, and “Mental Helpers.”

“We did our very best to ensure this virtual event feels as much in-person as possible. To do that, we kept pretty much all the attributes typical of our offline events,” explained RJC President, Yury Kanner, who spearheaded the marathon. “Every year, we gather hundreds of people help them do more acts of kindness. A tiny virus, which has had such a profound impact on our lives, cannot stop us from keeping our traditions this year, despite its many challenges. United, we can beat the virus – we won’t let it change our lives or eliminate our need to help others.” 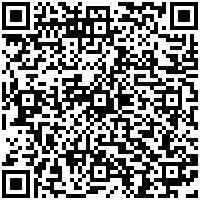