On Wednesday morning, IAF fighter jets attacked a Hamas tunnel in the northern Gaza Strip and two vessels belonging to the Hamas naval force. The IDF has known about the tunnel for some time, and the vessels that were attacked are small boats that were scheduled to take part in a Hamas protest flotilla against the siege on the Gaza Strip.

Hey Anders, before 30mints ago Israeli aircraft have been targeted two ships in Gaza seaport which were prepared to sailing in the coming days in order to break the siege as International solidarity efforts. Also, the aircraft targeted an open area in North of Gaza. Photos below pic.twitter.com/PnGboOI3rU

Eyewitnesses confirmed to Ma’an that Israeli shelling targeted two boats inside the Gaza port basin. They saw flames burning inside the port as the Civil Defense Forces rushed to extinguish the fire.

The attacks were carried out in retaliation for Hamas setting fire to a military position in Israel Tuesday morning by a number of terrorists who crossed over from the Gaza Strip, as well as continued attempts to fly drones and kites into Israeli territory for the purpose of terrorizing the civilian population and burning fields.

The IDF views with great severity the continued daily attempts of the terrorist organization Hamas to strike at security infrastructures inside Israeli territory while threatening the security of the local civilians and soldiers, and is determined to continue to carry out its defense missions to ensure the security of the citizens of Israel.

The IDF Spokesperson declared, as it has done at the end of every such report, that the Hamas terrorist organization is solely responsible for what is happening in the Gaza Strip above and below ground, and Hamas will continue to bear the consequences for the acts of terror carried out from Gaza against the citizens and sovereignty of Israel.

Three Talks about Death You Should Have Now 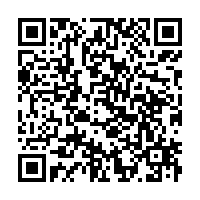