“Today is the fourth anniversary of when the late Hadar Goldin fell in action,” Netanyahu observed. “We are committed to bringing him and Oron Shaul, and the two civilians, back to the State of Israel.”

One day earlier, Netanyahu traveled with defense officials to the city of Sderot, barely a kilometer from the Gaza border, where he toured a kindergarten and met with the heads of regional council districts in the area.

“I saw the iron wall of their civilian determination… and today I saw our military iron wall,” he said.

“We are in a campaign that entails an exchange of blows and I can tell you that the IDF is ready for any scenario,” Netanyahu told reporters.

“I was very impressed by what I saw here and I know that like me, every Israeli citizen believes in the IDF and gives it their backing ahead of any possible development.” 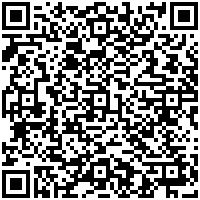