Having a bomb shelter built into one’s home meant the difference between life and death on Sunday night when Gaza terrorists again launched their rockets at Jewish communities in southern Israel a few hours after Hanukkah candle-lighting.

The Red Alert incoming rocket warning siren triggered at around 8:45 pm in the Ashkelon Coast Regional Council district, sending families racing for cover in their safe spaces and bomb shelters across the region.


But in one home that sustained a direct hit, a Hanukkah miracle took place.

The residents of the home that was struck later told reporters it was a miracle they made it into their bomb shelter at home just seconds before the impact; having the bomb shelter inside their home saved their lives.

A number of people were treated for trauma after at least one house sustained a direct hit by one of the rockets. A second rocket landed in a different location, also in a residential area. Sappers were called to deal with the projectiles.

This is the seventh day of rocket attacks in a little over a week; approximately 18 projectiles have been fired at southern Israel from Gaza since U.S. President Donald Trump announced his recognition of Jerusalem as the capital of Israel. 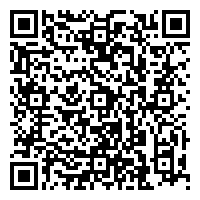