Israeli’s combined security forces have recently exposed and captured a Hamas terror infrastructure that planned terror attacks in Jerusalem, including on Teddy Stadium, as well as against IDF forces in the Ramallah area.

In March, the Shin Bet (Israel’s Security Agency) arrested the cell members, including Ahmed Sajadia, 27, a resident of Qalandiya just north of Jerusalem.


Sajadia lost his hand during a “work accident” while preparing an explosive charge years ago.

The three met during their studies at Bir Zeit University, where the most important Hamas student body in Judea and Samaria operates. Hamas has for years been using this student organization as a means to promote the “resistance” against Israel.

The investigation revealed that the three were recently planning bomb attacks at Teddy Stadium in the Malha neighborhood of Jerusalem, as well as against Israeli civilian and military targets in the vicinity of the city of Ramallah. They have been involved in several attempts to carry out bombing attacks against IDF forces in recent years.

Furthermore, the investigation revealed that the squad attempted to carry out a bomb attack on IDF forces that entered Ramallah for operational activity on March 20.

The three have carried out preliminary intelligence-gathering operations against the targets they had planned to bomb. Eid attended a Betar Jerusalem game at Teddy Stadium in December to examine the possibility of a terror attack spot while utilizing his Israeli ID card. However, seeing the security arrangements in place, he realized that the attack was not feasible.

Teddy Stadium has previously been the target of Hamas plots in past years.

The investigation also revealed that the three attempted to manufacture an explosive device, following instructions downloaded from websites, and purchased various chemicals, nails and metal tools, but were arrested before being able to assemble the explosive device.

The terror squad received its funding of tens of thousands of shekels received from Abd al-Rahman Hamdan, a resident of Ramallah, and a senior activist at Bir Zeit University.

Hamdan, who served as the link between the members of the group and the Hamas organization, has previously been incarcerated for his terrorism-related activities.

The arrests “prevented a serious attack on Israeli civilians and soldiers,” the Shin Bet emphasized and joins a series of terrorist attacks that were planned by university activists in recent months and that were thwarted by Israel’s security forces.

The foiling of the attack “demonstrates the danger and high motivation of the terrorist infrastructure operating in Judea and Samaria, to carry out significant attacks,” the Shin Bet stated Wednesday.

The Shin Bet “will continue to work to detect and thwart terrorist organizations’ intentions in advance, with an emphasis on Hamas,” it added. 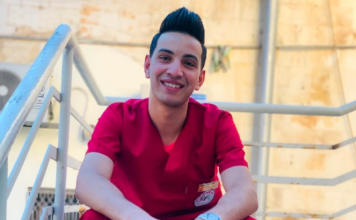