Israelis and wildlife are again forced to flee for their lives in southern Israel as Gazans escalate the number of arson terror balloon attacks and fire rockets at Israeli towns and cities.

Rocket Fire and Arson Balloons
One of the two rockets launched at around 9:15 pm was intercepted over the coastal city of Ashkelon by Israel’s Iron Dome anti-missile defense system. The second landed in an open area. The PFLP terrorist organization released an illustration following the attacks, with the slogan “Jerusalem is not alone” in red and white lettering.

A third rocket was fired at Israel about an hour and a half later. That rocket landed in an open area near the Gaza border. There were no injuries and no property damage was reported.

A few minutes later two more rockets were fired at southern Israel, but never made it over the border, landing instead in Gaza, according to the IDF Spokesperson. It is not known whether anyone was injured or killed by the rockets that landed in their own territory by terrorists aiming for Israel.

Between the two rounds of rocket fire, Gazans were rioting and hurling explosive devices at the security fence along the border where IDF soldiers were stationed.

Two new fires were lit by incendiary balloons that landed in the Sdot Negev and Eshkol Regional Council districts.

Israel’s Fire and Rescue Service said at least 39 fires were caused Sunday by the incendiary balloons flown by Gazans into Israel.

One of the fires was sparked in the Negev city of Netivot, where more damage was reported.

Gaza Fishing Zone Closed, Again
Earlier in the day Israel closed the Gaza fishing zone in response to the escalation of terror attacks aimed at southern communities, and subsequently also beefed up IDF forces in the area following a security assessment.

Israel’s Coordinator of Government Activities in the Territories (COGAT) Maj.Gen. Rassan Aliyan said in a statement, “The Hamas terrorist organization bears responsibility for everything that is done in the Gaza Strip and that emanates from it toward Israel, and it will bear the consequences of the violence perpetrated against the citizens of the country.”

This is the second time in three weeks that Israel has closed the fishing zone in Gaza due to an escalation of terror in the south — it is also the fourth straight day of ongoing arson balloon attacks.

Wheat Fields, Nature Reserves Up in Flames
Three wheat fields went up in flames and the beauty of Nahal Shikma was damaged, according to the Hebrew-language N12 television news outlet.

Some 5,500 dunam in the Be’eri nature reserve also was burnt despite the unceasing efforts of firefighters to extinguish the blaze.

Some of the greenery and natural beauty of Nahal Shikma (Shikma Stream) which reaches to northern Gaza and borders Israel’s Central Coastal Plain, was badly damaged by the fires, which drove away animals living near the river, including deer.

A heart-wrenching photo was taken of a frightened baby doe trying to escape the thick smoking air, caught in the life-threatening moment by Israel Nature and Parks Authority photographer Amnon Ziv. 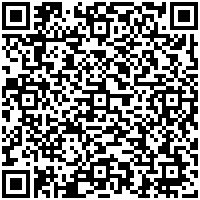