The state on Sunday responded to a petition submitted to the High Court of justice demanding that Hamas be allowed to rescue the trapped workmen under the rubble of the tunnel bombed by the IDF last week, Channel 12 TV reported. The state argued there was no possibility of finding human beings alive inside the tunnel, and asked the court to reject the petition based on the fact that the court does not intervene in such security matters.

“All the terrorists who were in the tunnel that penetrated Israeli territory were killed by the IDF during the explosion,” the State Prosecutor’s Office said in response to a petition filed with the High Court of Justice on the matter. The state argued that since there is no possibility that there are living persons trapped under the rubble, it is not obligated to allow the entry of Arab rescue teams to locate them.


The petition was filed by the leftist organization Adalah, the Al-Mezan Center for Human Rights, and the father of one of the missing, Hassan Abd al-Galil Sabbahi, and claimed that the IDF operational activity in the area had not yet been completed and that IDF forces were carrying out secret operations related to the tunnel. The state argued in response that “providing the requested relief is liable to endanger IDF forces operating in the area.”

The state also cited the High Court’s established norm of intervening in security issues only in “highly extreme cases,” which the case in question is not. The state noted that it was in contact with the International Red Cross to coordinated future Hamas access to the tunnel, but did not reveal any details.

The hearing is scheduled for Monday, at 2:30 PM, with Justices Uzi Fogelman, Dafna Barak-Erez, and Menachem Mazuz. 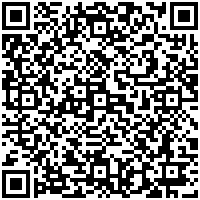