The Israeli man, a father of eight from Itamar, who found himself surrounded by an Arab lynch mob in Huwara on May 18, had his gun returned to him by the police this week.

The man, whose life was in danger, opened fire at the rioters, killing one and wounding an AP reporter at the scene.


A Red Cresent ambulance driver who blocked the Israeli man’s escape from the mob at the time was arrested.

Deputy Defense Minister Eli Ben Dahan (Bayit Yehudi) filed a request with the police to fast track the return of the man’s gun, which was confiscated for “ballistic tests”. The police almost always confiscate personal weapons that are used in self-defense. It then takes them a while before they return the weapon to its owners.

The attack was caught on film. 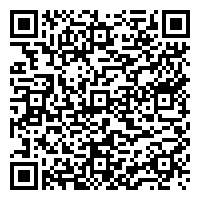